If there’s one thing that American cuisine has gotten right, I’d argue that it’s the burger. There are few foods that are quite as iconic as a burger and there are few combinations that quite match the perfection of a burger patty on a bun with some ketchup and fresh veggies.

I’m not here to talk to you guys about meat, though.

Instead, I’m going to show you some of the best vegan burger patties that I’ve ever tried.

Not only are vegan burgers a great way to enjoy an iconic American dish but they’re 100% plant-based, better for the environment, and most importantly – they taste great!

The only question is, “Are you hungry yet?” 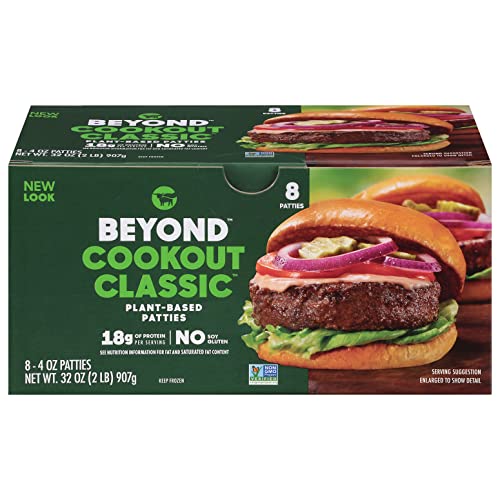 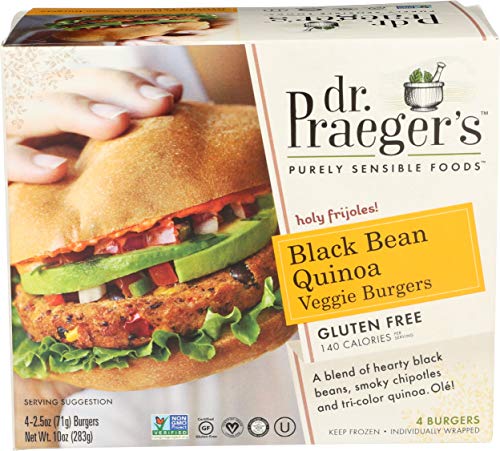 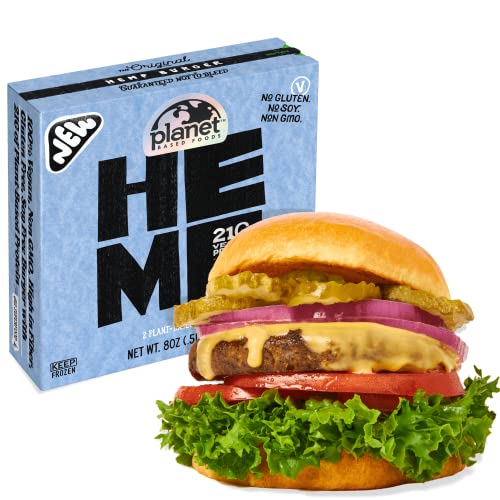 What Are Vegan Burgers Made Of?

The concept of a “vegan burger” may seem a bit strange to some, especially first-time vegans who are just learning about vegan alternatives. Most people tend to associate burgers with red meat. If you go into most burger joints in the US, that’s exactly what you’ll find.

95% of the burgers sold in this country are made from ground beef, steak cuts, and sometimes even bison.

By contrast, vegan burgers are 100% plant-based. They contain zero meat, which means that absolutely no animals were killed to make your burger patty! That’s something that we can all feel good about.

So, what exactly are vegan burgers made of?

Here’s a quick outline of some of the key ingredients used to make meat-like vegan burgers:

Surprisingly, vegan burgers taste more like meat than you may expect. They aren’t quite as juicy or meaty as a real beef burger, but they’re every bit as savory. This is because vegan burgers are seasoned to taste as close as possible to real meat.

In my opinion, the best way to ensure that your vegan burger tastes as meat-like as possible is to grill it over an open fire or on a charcoal grill. The seasoning, combined with the fire-kissed smoky flavor from the grill, will make your plant-based burger taste incredible!

I’m writing this right in the middle of “grilling season,” aka – Summer. But we all know that burgers are delicious any time of the year. I’ve even been known to eat veggie burgers on Christmas!

Now that you have a better idea of what to expect from a great veggie burger, here are some of the best vegan burger brands on the market. From soy-based burgers to bean burgers and plant protein, I guarantee that you’ll find the perfect burger below.

Beyond Meat is one of the biggest names in the vegan “meat” industry. The company is also listed on the New York Stock Exchange, making it one of the only public vegan burger brands in the world!

Beyond Meat is known for its collaborations with fast-food restaurants. Their products are also available in grocery stores all over the US, which means that they’re one of the most well-known vegan burger brands.

Once you taste a Beyond Meat Cookout Classic Patty, you’ll understand why they’re so popular.

Compared to some of the other veggie burgers that I’ve tried, Beyond Meat’s vegan burgers are the closest I’ve tasted to actual meat. I’ve even tricked a few of my non-vegan friends into thinking they were eating meat at a cookout before!

These burgers are made with a base of pea protein, rice protein, vegetable oil (canola and coconut oils), and starch. Each burger has 290 calories and 18 grams of protein, giving them a similar nutritional value to a ground beef burger as well.

I’d say that the only downside of Beyond Meat burgers is that they’re a bit expensive. Since they are a publicly-listed company that spends a lot of money on research and development as well as marketing, consumers will pay the price for the high overhead costs of the company.

Ultimately, though, these are some of the best-tasting vegan burgers I’ve had.

Dr. Praeger’s Black Bean-Quinoa Veggie Burgers are easily my favorite black bean burgers. What sets these bean burgers apart from competitors is that they’re also infused with quinoa, which is a delicious and healthy “ancient grain.”

The added quinoa serves as a carbohydrate group that helps to hold the burger together and reduces the need for artificial starches in the vegan burger patty. It also has a very mild taste that isn’t overpowering.

Instead of artificial starch (like methylcellulose), Dr. Praeger’s patties are made with natural starches, such as arrowroot powder, dried potato flakes, and masa (corn) flour.

Each patty is also seasoned with a delectable mix of flavorful spices, including sea salt, jalapeno, chili powder, roasted garlic, lime, cilantro, chipotle pepper, and a bit of tomato. In a world full of boring, bland-tasting veggie burgers, these definitely stand out!

Planet Based Foods’ Original Hemp-Based Vegan Burger is one of the only vegan burger brands I’ve seen that uses hemp protein. Hemp protein is all-natural, incredibly healthy, and very allergen-safe.

In addition to hemp protein, these patties are also infused with pea protein and all-natural brown rice, which acts as the primary starch holding the patties together.

Each protein-packed patty features 21 grams of plant-based protein and only has 260 calories, making them an excellent source of vegan protein.

Like Dr. Praeger’s patties, these hemp burgers are tastefully seasoned, so you don’t have to worry about bringing your own seasonings to the cookout.

All of the plant-based proteins used to make these products are also made from non-GMO plants, which means that you’re only putting healthy, all-natural veggies into your system!

If you’re looking for a delicious veggie burger that’s soy-free and doesn’t contain pea protein (which some people don’t particularly like), then Field Roast’s Vegan “Fieldburgers” is worth trying!

These patties are made using a wheat gluten base, which is an all-natural plant-based protein made from gluten, the primary protein found within wheat.

Wheat gluten has a very mild taste, which means that it’s not overpowering in the way that soy protein can be. It’s also very high in protein!

The only downside is, of course, that gluten-free eaters won’t be able to eat these. The majority of plant-based eaters shouldn’t have a problem with them, though.

In addition to wheat gluten, these burgers are also made with a blend of veggies, including celery, onions, tomato paste, mushrooms, sea moss extract, barley malt, and nutritional yeast.

They’re not the cheapest vegan burger brand, but they’re not the most expensive either. Overall, the ingredients are excellent and the price is moderate, making them a great choice for anybody!

If you’re looking for the original vegan burger brand, this is it! Vegan Burger’s “Vege Caliente” is one of the few veggie burgers on the market that’s made entirely of fresh vegetables. You won’t find any artificial ingredients, starches, or preservatives in these patties.

As you can see, they’re 100% soy-free, gluten-free, and free from any other common allergen-causing additives.

The only downside of these burgers is that they don’t have quite as much protein as other vegan burger brands. The only protein in these burgers comes from all-natural beans, which aren’t as protein-heavy as the isolated vegan protein powder or wheat gluten used in other brands.

Also, since they aren’t made with any starch, these patties have a tendency to “fall apart.” To avoid this, try to cook them over lower heat and use a good spatula!

The main “unhealthy” additive that’s present in most vegan burger brands is starch. Starch is a simple sugar that has little to no nutritional value at all. It’s mostly used as a binding agent to hold patties together.

Of all of the vegan patties that I just mentioned, I’d say that Vegan Burger’s “Vege Caliente” is the healthiest vegan burger brand. They’re made with simple, all-natural ingredients and don’t contain any artificial additives or starches whatsoever!

Conclusion – What Is The Best Vegan Burger Brand?

While the original Vegan Burgers may be the healthiest, I’d have to say that Beyond Meat’s “Cookout Classic” Patties are the best-tasting vegan burgers that I’ve ever had! To this day, I’ve never had any other veggie patties that taste remotely close to meat-like.

While burgers are always the main attraction of any cookout, it’s always a good idea to have some plant-based hot dogs and sausages as well. Keep on reading to find out my favorite vegan sausage brands next!