This statement showed the complete dissociation that the nobility had from their subjects, many of whom lived far below their means and couldn’t afford food. Naturally, this inspired anger in most of her subjects and sparked the French Revolution.

When I first went vegan around seven years ago, I felt much the same way.

Back then, it seemed like there were no vegan-friendly cake mixes to be found anywhere. It felt like a bit of a middle finger from the food industry. Thankfully, there are a lot more options on the market today!

In today’s post, I’m going to break down some of the key differences between your everyday store-bought cake mix and vegan cake mix. Then, I’ll show you the best vegan cake mix brands I’ve tried so far!

Whether you have a birthday coming up or you just want a great-tasting cake, you’re in the right place. 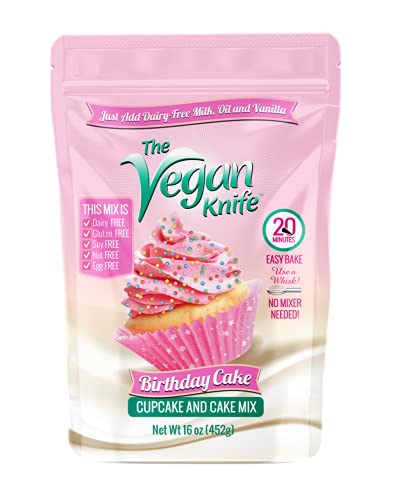 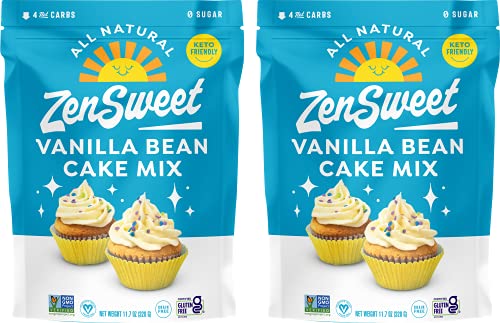 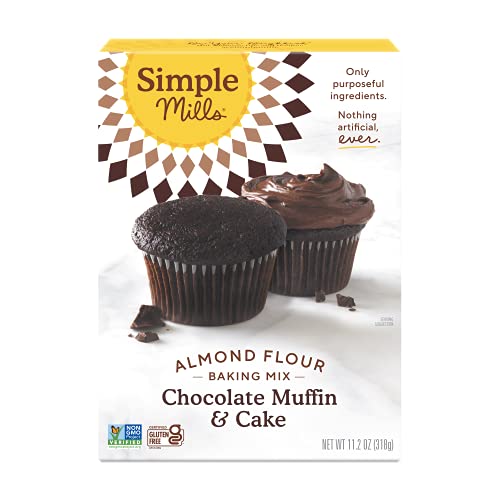 Recently, I had the pleasure of visiting NYC and exploring some of the city’s best vegan bakeries. I got to try some of the best vegan cakes, cookies, cheesecake, and pastries that I’d ever had in my life.

The best part was that they were all dairy-free, egg-free, and made using vegan-friendly sugar!

I’m not quite skilled enough to bake a cake from scratch, so I love the ease and simplicity of a great vegan cake mix. For those who are curious, here are some of the key differences between vegan cake mix brands and regular cake mix:

Most Betty Crocker cake mixes are vegan-friendly. You simply need to replace the dairy-based milk with plant-based milk of your choice and replace the eggs with a vegan egg substitute.

That being said, Betty Crocker cake mixes are made using refined white sugar, which many strict ethical vegans try to avoid consuming. So, it’s up to you to decide for yourself.

That being said, some Betty Crocker cake mixes do contain dairy or egg by-products, so make sure you double-check the label before you buy anything!

Like Betty Crocker, some Pillsbury cake mixes are vegan-friendly and don’t contain eggs or dairy. However, many do, so it’s always best to check the ingredients label.

Additionally, Pillsbury uses refined white sugar in almost all of its cake mixes, restricting ethical vegans from consuming those products.

What Can Replace Eggs In A Cake Mix?

For centuries, eggs have been one of the main ingredients used by bakers to hold their mix together and act as an emulsifier. However, there are plenty of other egg substitutes that you can use in place of eggs, such as:

To learn more, check out this video by vegan baking channel, Make It Dairy-Free:

Some of them are “healthier,” and use a low-sugar, low-carb mix, while others are more sugary and are a great way to satisfy your sweet tooth.

The Vegan Knife Birthday Cake Flavor Vegan Cake Mix is, by far, my favorite vegan cake mix. The bright-colored packaging was the first thing that attracted me to the brand, but the quality of the cake is what has made this my go-to vegan cake mix brand!

Of all of the flavors offered by The Vegan Knife, the Birthday Cake flavor is my favorite. However, they also offer Vanilla, Vanilla Spice, and Chocolate flavors as well.

This cake mix is 100% egg-free, dairy-free, and nut-free. It’s also gluten-free and contains no wheat, which is important for anybody with a gluten sensitivity or celiac.

To complete the cake batter, you simply need to add your favorite plant-based milk and a bit of cooking oil, whisk the mixture together until it’s creamy, and then it’s ready to pour.

You can make a traditional cake by pouring the batter into a cake pan or you can make cupcakes if you want something that’s a bit easier to hand out.

The monocalcium phosphate and xanthan gum are the only artificial ingredients, which is good news for anybody looking for a more natural vegan cake mix.

Last but not least, The Vegan Knife vegan cake mix is a full-sugar cake mix. This sets it apart from some of the other popular vegan cake mix brands that are made with low-sugar or no sugar.

Compared to The Vegan Knife cake mix I mentioned above, ZenSweet’s Vanilla Bean Vegan Cake Mix is on the opposite end of the spectrum. Unlike the previous vegan cake mix, ZenSweet’s vegan cake mixes are all sugar-free and only contain naturally-occurring sugar alcohols.

Additionally, this vegan cake mix is also very low-carb, and each serving only contains 17 grams of total carbs and 13 grams of net carbs.

This is because it’s not made with traditional sugar and wheat flour. Instead, it’s made using a blend of almond, coconut, and tapioca flour combined with baking soda, real vanilla bean, and sea salt.

Compared to some of the other low-sugar vegan cake mixes I’ve tried before, this is remarkably delicious. The monk fruit sweetener combined with vanilla bean makes for a rich, lightly-sweetened vanilla flavor.

As far as the texture goes, it’s very thick. The consistency is more like an English pound cake. This makes it an excellent “healthy” cake option that can be eaten as a snack or a light breakfast when dipped in your coffee!

To complete the batter, simply blend the vegan cake mix with a bit of vinegar, water, and olive oil.

ZenSweet also offers a number of other vegan-friendly cake mixes and cookie mixes, such as Snickerdoodle, Chocolate Cake, Fudge Brownie Cake, and Chocolate Chip Cookie. They’re all worth trying out!

TruEats Dutch Chocolate Muffin & Cake Mix is very similar to the ZenSweet vegan cake mix that I mentioned above. They’re both no-sugar-added, vegan cake mixes that are sweetened with a blend of erythritol and monk fruit extract.

However, I’d say that the consistency of TruEats is a little bit softer, which some people may prefer over ZenSweet’s harder consistency.

Although it’s technically a sugar-free cake, the combination of Dutch cocoa and monk fruit sweetener makes the resulting cake taste like rich dark chocolate. It pairs perfectly with a tall glass of oat milk!

Of course, no vegan cake mix list would be complete without at least one red velvet cake mix! ColorKitchen’s Vegan Red Velvet Cake Mix is, by far, one of the best vegan cake mixes I’ve ever had.

For as long as I remember, red velvet has always been one of my favorite flavors, and this vegan take on the classic flavor doesn’t disappoint.

I really appreciate how this cake mix uses all-natural plant-based juice instead of artificial red 40 dye to achieve the signature deep red color.

Of all of the vegan cake mixes I’ve had, I’d have to say that my favorite is The Vegan Knife Birthday Cake Flavor! The mix has a perfect consistency and is soft, fluffy, and sweet.

If you love to bake at home, then be sure to check out my latest post on the best vegan brownie mixes next!