Salty, buttery, gooey, and oh-so-delicious flavor, cheese, in my opinion, is one of life’s greatest pleasures. And it only becomes better and more irresistible when sandwiched between two slices of bread and toasted to crispy perfection.

But, like many others, I had to give up on this comfort food when I committed to veganism. Dairy-free cheese just never felt that good. Turned out I was wrong. There are many good plant-based cheese options available.

So, I did some digging and found the best vegan cheese for grilled cheese sandwiches. But let’s discuss a few important things before that list. 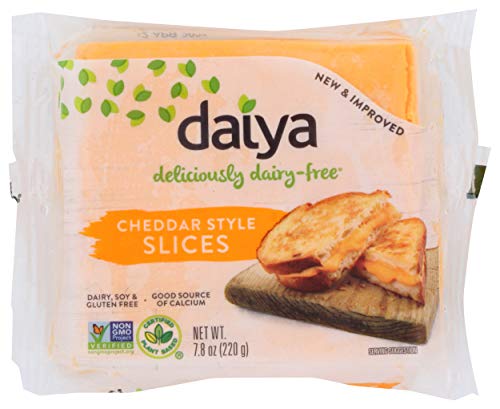 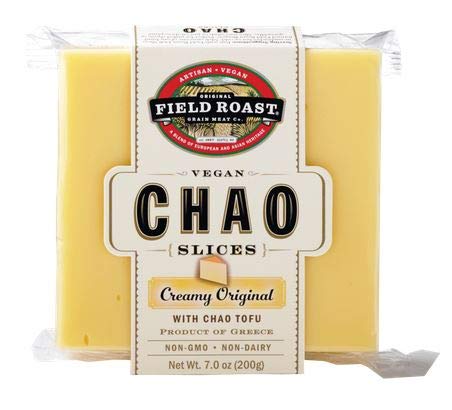 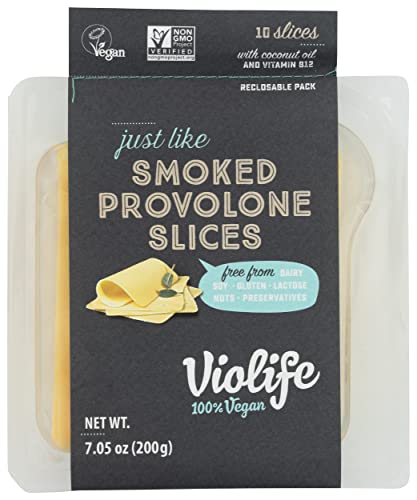 Why is Cheese Not Vegan? Animal Ingredients in Cheese

Cheese is made with four basic ingredients – milk (of course), salt, starter culture, and rennet. Two of these are traditionally derived from animal sources and are non-vegan. These include:

While everyone knows milk is not vegan, there’s often confusion about rennet.

For those who do not know, rennet is a complex enzyme that comes from the stomach lining of ruminant mammals, such as cows, ewes, and goats. It is used in cheesemaking to trigger coagulation.

There was a time when the rennet used in the cheese industry always came from animal sources. But it doesn’t seem to be the case anymore.

According to information available online, animal rennet is now being used in only 5% of cheese in the US. The one used for the majority of cheese is derived from bacterial sources.

It can also be derived from several plant sources, which is what they do to make vegan cheese.

How Do Vegans Feel About Eating Bacteria?

Knowing that most varieties of cheese produced these days use rennet from bacterial sources, which vegans feel fine to consume, may make many think they can eat the majority of cheese varieties available on the market. We wish that would be the case.

What’s the problem, you may ask?

Well, the problem is that the FDA doesn’t require cheese manufacturers to disclose the source of rennet used in a particular product. So you would never know if the cheese you’re picking has rennet derived from animals or bacteria.

Therefore, experts tell plant-eaters to avoid cheese unless it’s labeled as “plant-based” or “vegetarian-friendly” or has plant-based rennet in the ingredients list. It can appear with the names of plant rennet, vegetarian rennet, or thistle rennet.

Now that we have discussed all the essential details that vegans should know about cheese, let’s find out what is the best vegan cheese for a grilled cheese sandwich:

I love myself a grilled cheese sandwich with that classic strong cheddar flavor. If your vegan grilled cheese preference is the same as mine, I highly recommend trying out Daiya’s Cheddar Style Slices.

Offering the closest taste to real cheddar, this vegan cheese also has a good texture (as good as it can get in the vegan cheese world), melts quickly and nicely, and doesn’t stick to your teeth.

Vegan cheese does not usually rate well on the health index, but this one doesn’t do too bad on that front, either. Sure, it’s processed. But, with just 60 calories per slice, 5 grams of fat, and 4 grams of carbs, it’s a decent enough option for your favorite guilty pleasure food.

The only downside of this vegan cheese is that it doesn’t offer the best cheese pull. However, its excellent taste makes up for it pretty well.

Field Roast’s Creamy Original Chao cheese may not have as strong a flavor as Daiya’s, but it’s not on the mild side either. It’s somewhere in between and unique. It also takes a little longer than Daiya’s cheese, but it melts really well.

Living up to its name, the Field Roast Chao slices offer a great creamy texture.

In terms of ingredients, it’s a coconut-based vegan cheese. But it also has fermented tofu, so the coconut-y flavor isn’t overpowering like some other coconut-based cheese varieties. Many consider its taste similar to American cheese.

This isn’t really a con, but a potential bummer for some. These Field Roast vegan cheese slices cost slightly higher than many other dairy-free cheese varieties. However, if you don’t mind paying a little extra for quality, you won’t really mind its cost.

These Violife vegan provolone slices make a great option for those who like bold, smoky-flavored cheese. Rated as the tastiest vegan cheese by many, these offer the closest to real cheese flavor, texture, and consistency. They also melt incredibly and make the best ooye gooey, guilt-free grilled cheese sandwiches.

The fat content in these slices is also lower than the previous two varieties, making them a somewhat healthier vegan cheese option.

Use it to make a grilled cheese sandwich the classic way, or make it fancy with some red onion and green apples or some vegan pesto, Violife’s plant-based smoke provolone tastes great either way.

Some vegans have also reported using this plant-based cheese to make vegan mac and cheese, and they say it works great in that, too.

In addition to being dairy-free, Violife provolone cheese is also soy, gluten, and preservatives free and non-GMO.

Violife vegan cheese is also coconut-based, so you can expect a little coconut-y flavor to come through. It’s not overwhelming, but it’s there. If you don’t mind that, get ready to have the best vegan grilled cheese sandwich of your life with Violife’s smoked provolone cheese slices.

I prefer to use cheddar for my grilled cheese sandwich (hence, the two vegan cheddar options on the list). Many may disagree with my choice, but I have my reasons, and they all come down to its great taste. Cheddar is rich, bold, sharp, and strong, and I am all for it.

Vegan cheddar may not be as good as the real one, but there are some really good options that offer a similar taste. 365 Plant-Based Cheddar Cheese Alternative is one of the best ones. Unmistakably sharp and cheesy (just how I like it), this vegan cheddar makes delicious grilled cheese sandwiches.

While high on taste factor, the 365 vegan cheese ranks low on the melting aspect. It doesn’t just take more time, but it doesn’t really seem to fully melt, either. However, if you’re someone like me, who ranks taste about everything else, you will like this dairy-free cheese.

If, unlike me, you prefer mozzarella for grilled cheese, try out this one from Miyoko’s Creamery. It’s made with cashew milk, which gives it a distinct taste, and is certified organic, non-GMO, gluten-free, and soy-free.

Vegans concerned about the excessive use of palm oil would love to know that this Miyoko’s organic vegan cheese is made without it. So, you won’t even feel guilty for contributing to environmental damage with your food choices. Miyoko’s holds the Climate Pledge Friendly certification. Moreover, it melts fantastically as well. What more do you want?

Unlike all other options on our list, Miyoko’s plant-based cheese comes in the form of a block. But, as the package says, and many have confirmed, it can easily be sliced.

Since the cheese is made with cashews, it’s not suitable for those with nut allergies.

Just because you’ve stopped consuming animal ingredients doesn’t mean you can no longer enjoy one of the best comfort foods humans have ever created (no points for guessing how much I love it). We all deserve a good grilled cheese sandwich every now and then.

That’s why it was important to put together a list of the vegan cheese options that serve the purpose well. Use it as your reference list the next time you go grocery shopping to curate the most delicious vegan grilled cheese sandwiches that make life feel less stressful and more beautiful.

Whichever method you choose to follow, just make sure to replace all the ingredients with their vegan alternatives.

Now that you know your best cheese options, how about figuring out your best vegan bread options as well? You can’t make a sandwich without bread, after all. Check out my article on the Best Vegan Bread Brands, to know your top choices.