Few things in the world are better than that first sip of your morning coffee. My morning coffee ritual is almost sacred to me. I put on some morning jazz, put the kettle on to boil, weigh and grind my coffee, and then brew my “joe” in this little French press coffee maker I have.

I’ve always been a firm believer that having a great morning routine leads to an overall great day. However, my morning coffee routine wouldn’t be complete without one final piece of the puzzle – my favorite vegan coffee creamer!

Over the years, I’ve tried a number of dairy-free vegan coffee creamers. Some of them tasted horrible, while others blew my mind with their delicious flavor. To save you the trial and error, I decided to make your job easier by showing you the best vegan coffee creamer brands that I’ve tried.

First, though, let me break down some of the basics and answer a few of the most common questions about vegan coffee creamers… 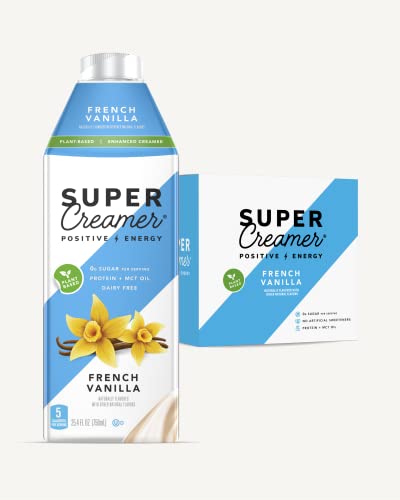 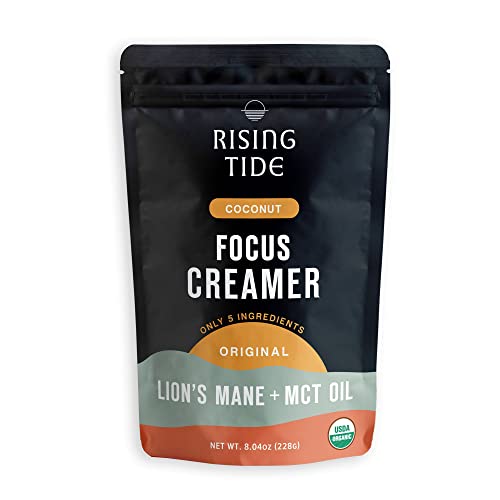 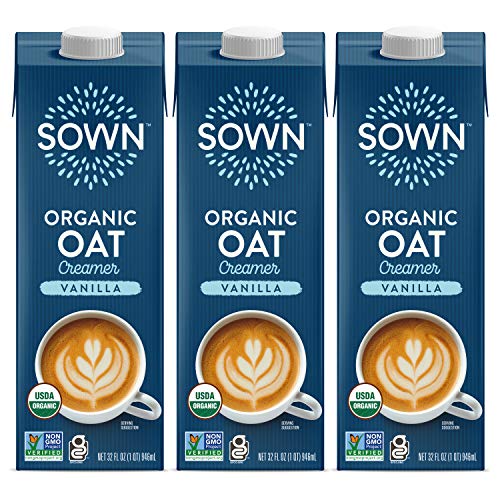 I’ve been drinking coffee since I was in high school. I remember my mom used to always chide me for drinking too much coffee while I was still a teenager.

But it helped me stay awake in physics class and actually get a passing grade, so I was happy about it.

Prior to going vegan, I used the same milk-based creamer as everybody else. If I couldn’t find a creamer I liked, I’d just use plain old-fashioned half-and-half mixed with sugar.

After going vegan, though, I had to find an alternative. Thankfully, there are a number of vegan-friendly coffee creamers on the market. The main difference between non-vegan and vegan coffee creamer is that the latter is dairy-free.

However, there are a few other key differences that I’ve noticed between the two, which you can view in the chart below:

Is All Non-Dairy Creamer Vegan?

When I was first shopping for vegan creamer, I made the mistake of thinking that all non-dairy creamers were vegan. You’d think that non-dairy would mean vegan, right? Unfortunately, it’s not quite that simple.

These milk-derived products are lactose-free, which allows the company to market them as “non-dairy.” However, they aren’t vegan-friendly.

A true vegan creamer should be 100% free from any dairy or dairy derivatives.

Coffee-Mate creamer is one example of a “non-dairy” product that’s not vegan. Although Coffee-Mate isn’t made with milk or cream, it usually contains dairy derivatives like sodium caseinate or whey.

So, as a general rule of thumb, vegans should avoid Coffee-Mate creamer.

Does Non-Dairy Creamer Need To Be Refrigerated?

If you purchase non-dairy creamer in liquid form, it will almost always need to be refrigerated after opening.

As I mentioned, though, it’s more common to find vegan creamer sold as a dried powder. If you purchase a dried dairy creamer, you don’t need to worry about refrigerating it.

Base: Liquid creamer made from pea protein and MCT

The base is made from high-quality pea protein and coconut-derived MCT oil, which add a lot of nutritional value to your morning joe.

The added fats and protein also make for a more filling coffee, making it that much easier to skip breakfast or keep up with an intermittent fasting diet!

Base: Powdered creamer made with coconut solids and Lion’s Mane mushrooms

If you’re looking for a little something “extra” in your creamer, then Rising Tide’s “Focus” Vegan Creamer is one of my go-to favorites (especially when I’ve got a lot of work to do).

This creamer is made using a pure coconut base and contains coconut milk powder, coconut sugar, and coconut-derived MCT oil powder.

Sown Organic Vanilla Oat Creamer is a great-tasting everyday creamer. It features an oat milk base, which enhances the nutty notes in your coffee and gives it a silky-smooth texture.

It’s sweetened with natural vanilla extract and a bit of unrefined cane sugar, which gives it a lightly sweet aftertaste.

Base: Powdered creamer made from coconut milk and cacao

If you’ve never tried mixing real cacao into your coffee, it’s worth a shot. Not only does cacao taste great when combined with coffee but it can also boost your mood and provide added energy.

Laird Superfood Non-Dairy Vegan Coffee Creamer is delicious, nutritious, and lightly sweetened with a bit of all-natural coconut sugar. This is, by far, one of my favorite vegan-friendly powdered creamers!

In my opinion, vegan coffee creamer is almost always better than using plain old-fashioned soy milk or almond milk. Since vegan milk is mostly water, I find that it just waters your coffee down.

Vegan creamers, on the other hand, are more concentrated, and allow you to enjoy your coffee as it was meant to be!

If the vegan creamer isn’t sweet enough for you, then you can mix a bit more coconut sugar or agave syrup into your coffee until it’s just right!

I’ve always enjoyed eating a good bowl of cereal along with my coffee. Check out my list of the best vegan cereal brands next!