You’ve probably been lectured on the virtues of safe sex before, so I’m going to assume you’re here to follow through on your commitment. Unfortunately, many of the condoms you’ll find at your local corner store are not vegan, and the ones that are vegan may not directly advertise it.

If you’re looking for the best vegan condoms, you’re in the right place.

Below, I’ll share some of the top vegan condom brands with you. Whether you’re looking for extra-thin vegan condoms, extra-large, small, and even textured and flavored vegan condoms, I’ve got you covered.

Are you ready to get it on? 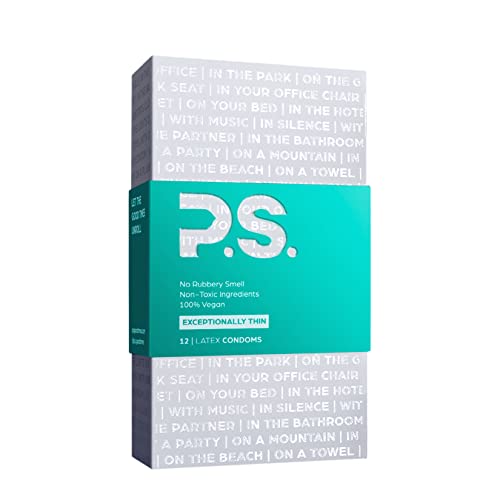 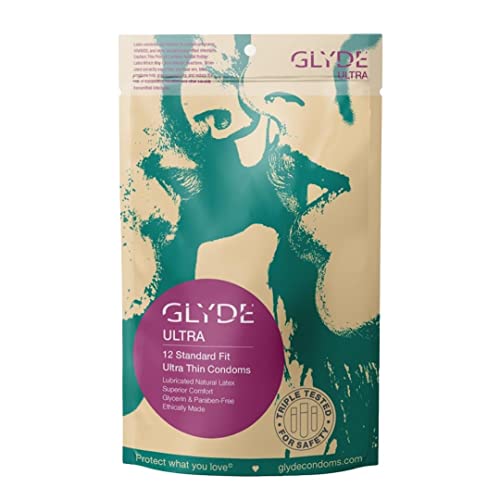 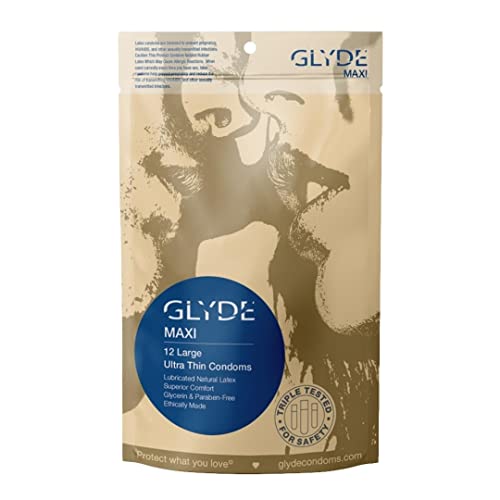 The first thing that most vegans work on is improving their diet by eliminating animal-derived foods. This includes meat (obviously), along with dairy products like cheese and milk.

Here’s something that you probably didn’t know, though – a lot of traditional latex condoms contain a dairy by-product called casein.

Casein is a protein that’s found in mammalian milk (i.e., cow’s milk). It’s used in many different food products as a texture additive, as it helps to stabilize seasoning blends and sauces. However, it also has industrial uses, especially when combined with rubber-based latex.

Casein is primarily used to keep condoms thin, soft, and lubricated. Without this, the rubber condoms would become dry and brittle (and that’s never fun).

Vegan condom brands use non-dairy lubricants instead of casein. Latex, by itself, is a naturally-derived material that comes from rubber trees, so that material is 100% vegan. Other than that, vegan condoms are pretty much the same as any other brand of condoms you’ll find in your local drugstore.

The Best Vegan Condoms: Wrap It Up

Now, let’s take a quick look at some of the top-rated vegan condoms you can choose from. I’ve included various brands, sizes, textures, and even flavors, so you have plenty of options.

Looking for a vegan condom that doesn’t have a strong rubbery aroma? If so, then PS “Exceptionally Thin” Condoms are definitely worth looking into. Not only are they extra-thin (allowing you to feel more), but they’re also made without any glycerin, parabens, or BPA, which makes them 100% non-toxic.

Glyde Ultra Condoms are non-toxic, don’t have a smell, and are never tested on animals. One of the standout features of this brand is that Glyde is committed to only using Fair Trade Certified rubber that’s ethically sourced from sustainable rubber tree farms where workers are paid fairly and treated with respect.

Looking for an extra-large vegan condom? Glyde Maxi XL vegan condoms are some of the top-rated XL rubbers on the market. Like the Glyde Ultra condoms I mentioned above, these are casein-free, toxin-free, and are only manufactured using Fair Trade rubber.

Union Ultra-Thin Condoms are made without casein, added scents, glycerin, or other potentially toxic chemicals. They’re lubricated with a safe, non-toxic formula to help keep them moist and flexible.

These condoms also feature a flared head, which provides extra space for the tip of your member and additional reservoir space which reduced the likelihood of the condom popping.

Royal Extra-Large Vegan Condoms are made with size in mind and won’t strangle your shaft. They’re also ultra-thin and have a thickness of just 0.0001 inches, which makes them almost invisible.

They’re odor-free, non-toxic, and naturally lubricated. All batches undergo three rounds of stress testing before they leave the factory to ensure that they won’t tear or rip.

Glyde condoms win again! Glyde Strawberry Flavored Condoms are a great way to make oral sex more enjoyable. The outside of the condom is coated with a sweet, long-lasting strawberry flavor that’s made with non-toxic, food-grade flavoring.

These condoms feature a standard width of 53mm and are relatively thin, allowing the wearer to get the most out of the experience.

Looking for a safe, non-toxic vegan condom that won’t fall off during sex? If so, Lovense Small Vegan Condoms are a great alternative to standard or extra-large size condoms. These are scent-free, and naturally lubricated with silicone to provide long-lasting, friction-free fun.

Hello Cake Dotted Vegan Condoms help you spice things up with their textured surface. The shaft of the condom is dotted with small raised bumps to provide additional stimulation and pleasure to the recipient.

They’re never tested on animals, either. Instead, the company only tests its products on consenting adults.

Finding reliable protection can be difficult if you’re allergic or sensitive to latex. Skyn Non-Latex Vegan Condoms provide the perfect solution. No matter their size and texture, all of Skyn’s condoms are 100% latex-free and lubricated with casein-free silicone lubricant for an enjoyable and ethical experience.

The nice thing about Skyn condoms is that they can be found in your local grocery store, gas station, or pharmacy. However, you’ll likely find the best deal by purchasing them online from Amazon.

Now that you’ve had a chance to review some of the best vegan condoms, here are a few tips to keep in mind as you determine which brand is best for you and your partner.

Size is probably the most important factor to consider when purchasing condoms. Those with a larger endowment will want to use an extra-large condom. Regular or small-sized condoms can cut off the blood flow and cause discomfort or even injury to their member.

On the other hand, trying to use a large-sized condom with a smaller member can cause the condom to slip off during sex, which defeats the purpose of using one in the first place.

If you plan on using a condom for oral sex, flavored condoms can be a fun way to change things up and make the experience enjoyable for both partners. All of the flavored vegan condoms are made with vegan-friendly flavor additives.

If you want to give your partner extra stimulation, consider using a textured or ribbed condom. These condoms have small dots, ridges, and other textures on the outside, which can provide greater pleasure.

Ultra-thin condoms tend to be a bit more popular, as they allow the user to feel more. Today’s thinnest condoms are designed with the same durability and strength as thicker condoms. However, more sensitive individuals may prefer a thicker condom, as they can help you last longer by reducing stimulation.

These provide the same degree of protection and safety but won’t cause an allergic reaction or inflammation.

Conclusion – What Are The Best Vegan Condoms?

Of all the condoms that my partner and I have used, I’d have to say that I really like the Glyde brand of condoms.

They’re available in multiple sizes, textures, and even flavored options. They’re made without casein or toxins and only use Fair Trade rubber latex sourced from sustainable farms.

There’s no better way to get in the mood than to start with a nice massage. Keep on reading to see my list of the best cruelty-free massage lotion!