Whether you’re a vegan athlete, bodybuilder, or you’re looking to be the next Vegan Gains, creatine is one of the best pre-workout supplements to add to your regimen!

Creatine is an all-natural compound that helps our body restore energy and helps us sustain explosive bursts of energy.

Although creatine is naturally produced within our own body, many athletes and bodybuilders supplement with creatine in order to help their bodies regenerate energy and perform better.

When taken before a heavy workout or training, creatine can help your body work harder and take on a greater load, resulting in more gains and more calories burned.

Non-vegans get a good bit of natural creatine by consuming meat and animal-derived products. Plant-eating vegans, on the other hand, need to take vegan creatine supplements instead.

If you’re looking to take your training to the next level, then you’ve come to the right place! In today’s post, I’ll show you some of the best vegan creatine brands on the market.

Whether you’re just getting back into the gym or you’re a vegan athlete looking to boost your performance, these supplements can really elevate your training. 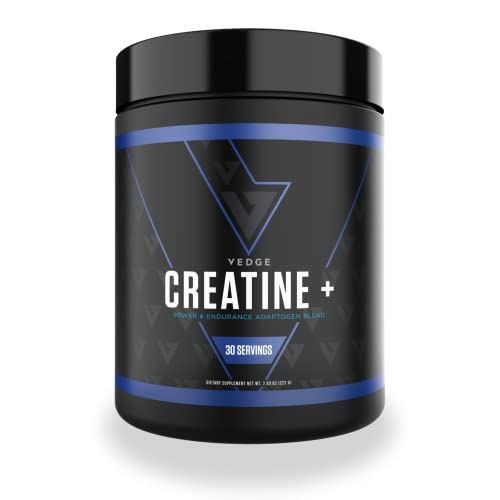 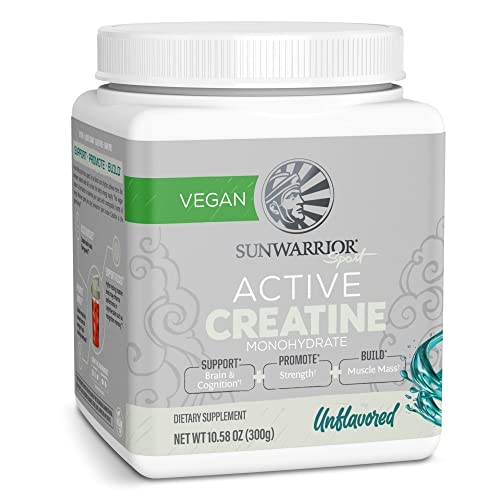 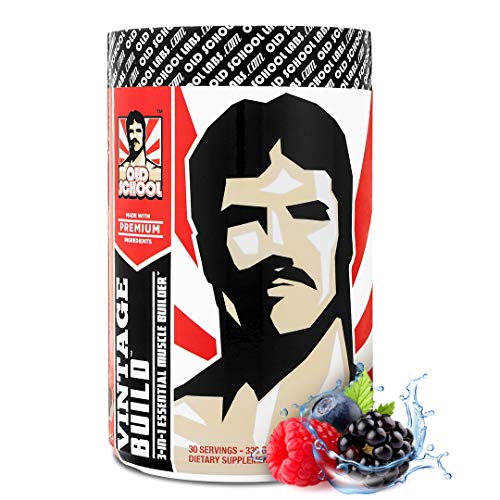 How Do Vegans Get Creatine?

Creatine is a natural supplement that’s produced by most vertebrates.

The main function of creatine is to help our bodies convert ADP (adenosine di-phosphate) back into ATP (adenosine tri-phosphate). This, in turn, creates more energy for our bodies to use while sustaining intense exercise.

Creatine is a natural compound produced by most animals on this planet. It helps the body create its own natural energy and is responsible for recycling ADP back into ATP for the body to consume as energy (more on this below).

Many athletes consume creatine naturally when they eat meat. Foods like red meat, chicken, and even eggs all contain small amounts of creatine that help your body recycle ATP faster.

Creatine isn’t found in any plant-based foods. Unfortunately, since vegans only consume plant-based protein, they can’t get creatine through their diet.

It’s important to remember that humans naturally create all of the creatine they need in their own livers. However, as a high-performance athlete or bodybuilder, supplementing extra creatine into your diet can increase your performance and endurance.

How Does Creatine Help Your Performance?

You may remember a bit of this from your health or biology classes in high school. ATP is a molecule that carries energy to all of our muscles.

Naturally, ADP must be recycled through our system. Our natural creatine produces phosphocreatine, which adds an extra phosphorus group to the spent ADP, turning it back into ATP which can be burned for energy by our bodies.

By consuming a vegan creatine supplement, you’ll speed this process up and give your muscles access to more ATP (energy).

Here’s a quick breakdown of how vegan creatine can help your performance:

All creatine supplements are vegan! The only non-vegan form of creatine is when it is obtained through meat consumption. When you eat foods like red meat, for example, you’re supplementing creatine into your diet.

To learn more, watch this:

The Best Vegan Creatine Brands To Try This Year

Alright, so now that you know a little bit more about what creatine is and how it can help your athletic performance, it’s time to show you the best vegan creatine brands to try!

Vedge Nutrition Creatine + is, by far, one of my favorite powdered vegan creatine supplements! Vedge, which stands for “Vegan Edge,” is a 100% vegan company that’s dedicated to producing high-quality vegan supplements.

“Why fungus?” you may be thinking…

Well, all of these non-psychedelic medicinal mushrooms are associated with increased energy levels and mental performance. This, in turn, can lead to great athletic performance and focus, allowing you to be the best athlete on the field and taking your game to the next level.

If you’re looking for pure unadulterated creatine, then Sunwarrior Micronized Creatine Monohydrate is an excellent choice.

Each tub contains sixty 5-gram servings, which means that it’s enough to last you for two months if taken daily.

It’s soy-free, sugar-free, and doesn’t contain any additional additives, flavors, or preservatives. It’s just pure unflavored creatine, which makes it great for mixing down in smoothies or shaking up in a water bottle before a workout.

What makes Sunwarrior Creatine different from other forms of vegan creatine?

One of the first differences you’ll note between micronized creatine and other creatine supplements is that it doesn’t clump as easily, which is important if you live in a hot, humid environment.

Micronized creatine is also absorbed more easily and quickly by the body. This means that it’ll kick in faster, allowing you to take full advantage during your workout. It also results in less stomach discomfort as your body doesn’t have to work as hard to try and digest it!

If you’re looking for a complex muscle recovery blend, then Old School “Vintage Build” Vegan Creatine & BCAAs might be the perfect fit for your workout regimen.

The flavoring isn’t the only thing that sets Old School Vintage Build apart from the competition, though.

It also contains three BCAA amino acids that are linked to enhanced muscle recovery and growth: L-Leucine, L-Valine, and L-Isoleucine.

It also contains the amino acid L-Glutamine, which helps you metabolize protein and use it more efficiently. This is very important for vegans, who don’t consume as much protein as our carnivorous counterparts.

Last but not least, it also includes sodium chloride and potassium, which can reduce cramping and help with creatine absorption.

Although this supplement is marketed as a “post-workout” supplement, I found that I performed best when I took it before my workout as a pre-workout. This is because creatine works best when consumed prior to intense energy exertion.

Personally, I don’t mind the taste of creatine powder. Sure, it tastes a bit bland, but it’s not super bitter or sour-tasting like some of the other amino acid supplements I’ve tried over the years.

However, if you don’t like the taste of creatine powder and you prefer an easy-to-consume tablet, then Muscle Feast Creatine Monohydrate Lemon-Lime Tablets are a great alternative!

The first time I tried these was when my local supplement shop gave me a sample to try. I’d never had creatine in tablet form before and wasn’t sure what to expect. To my surprise, they tasted just like candy (which is why they’re called “Creatine Candy”).

Each tablet contains 1 gram of pure creatine monohydrate along with 2 grams of added sugar for flavoring. Despite the added sugar, each three-tablet serving only contains 20 grams of sugar, so it’s not enough to dramatically offset your diet!

Other than the added sugar, I’d say that the only disadvantage to these tablets is that they’re not liquid.

Your body absorbs creatine quicker when it’s delivered in a liquid (water) form. This means that the tablets may not be quite as effective or “strong” as liquid-dissolved creatine powder.

For those who hate the powder, though, these tablets are a game-changer. Plus, they’re easier to store in your gym bag and don’t take up as much space as a large tub of creatine powder.

Vegan Creatine Side Effects To Be Aware Of

Although creatine has a lot of upsides, it can also have some pretty nasty side effects if you don’t use it properly.

The number one rule to remember when consuming creatine is to drink LOTS of water!

Creatine helps transport more water to the muscles, increasing their endurance. This means that there is less water available to handle vital processes elsewhere in your body.

If you don’t consume enough water, you could end up with kidney stones, dehydration, organ failure, and other symptoms associated with dehydration.

Most of the creatine’s side effects have to do with water. If you’re consuming enough water, you’ll be urinating so often that it might become annoying.

But remember – it’s better to be healthy and pee often than to suffer from any of the other unwanted side effects!

Since you’re consuming more water, your body will retain higher amounts of water. This, in turn, can lead to bloating or weight gain (even though it’s just water weight). Also, certain forms of creatine can cause indigestion or gassiness if they’re over-consumed.

Of the four creatine supplements I’ve tried, I’d have to say that the best vegan creatine brand is Vedge Vegan Nutrition’s Creatine + supplement.

Not only does it contain a full 5-gram dose of creatine monohydrate but it also contains several potent herbal mushrooms that provide a huge boost of energy and focus to help me power through my workouts!

Vegan creatine can give you more energy and help you perform better. However, if you want to pack on muscle and recover faster, then you’ll need a high-quality vegan protein powder to eat after each workout.

Check out my review of the acclaimed Ghost Vegan Protein Powder here to see how these blends of three plant-based protein powders and amino acids can take your performance to the next level!