It’s hard to imagine a world without deodorant. If I forget to apply my deodorant in the morning, I can usually smell my own BO within twenty minutes!

A few hundred years ago, though, body odor was considered normal and socially acceptable. Sure, people used a bit of perfume to mask the odor, but most people just accepted it as a part of everyday life.

Today, we’re expected to wear deodorant to be accepted in a civilized society. If you forget your deodorant, trust me – people will let you know.

If you’ve been looking for a natural, vegan-friendly deodorant, then you’ve come to the right place. Below, I’ll show you some of the best vegan deodorant brands that I’ve been using over the past few years, so you can see for yourself! 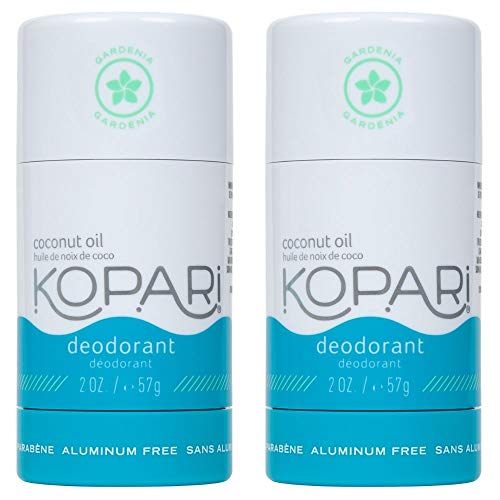 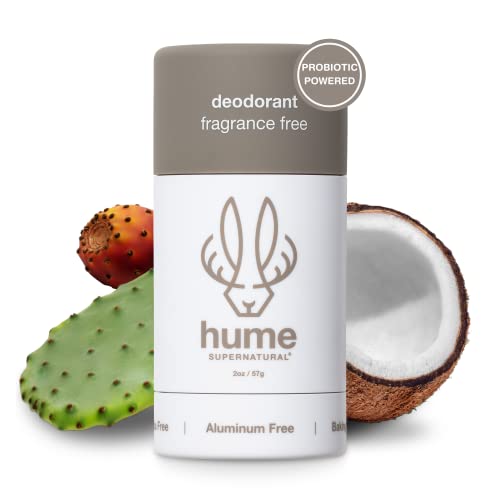 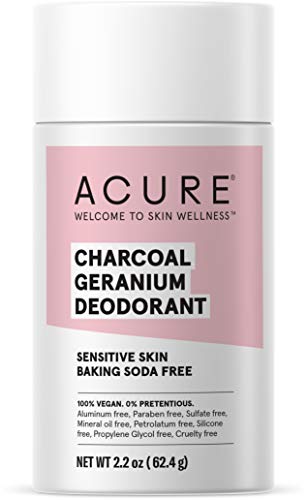 Are Most Deodorants Vegan?

Most deodorant brands that you find on convenience store shelves aren’t vegan-friendly. As I mentioned some of them contain ingredients like animal-derived glycerin or lanolin from sheep’s wool.

Even if the deodorant brand you’re looking at doesn’t contain any animal-derived ingredients, there’s a high probability that they were developed with animal testing.

Unfortunately, animal testing is all too common in the cosmetic industry. Captive animals are bred to live a life of slavery and torture, where they’re exposed to dangerous, harmful chemicals and procedures until they die or have to be slaughtered due to sustained chemical injuries…

… All in the name of beauty.

If you look at the ingredients labels of most mainstream deodorants, you’ll find a lengthy list of chemicals and heavy metals. In measured doses and carefully formulated formulas, they’re mostly “safe” for humans.

However, to achieve this perfect blend, thousands of imperfect blends (as well as pure, undiluted chemicals) were applied to the skin of helpless captive animals.

The majority of test animals don’t survive more than a few years and typically die from cancer, stress and trauma-related illness, blood poisoning, and chemical burns.

What a way to live, right? The more you learn about animal testing, the more it makes you never want to use another cosmetic again.

That’s why I’ve spent so much time recently writing about cruelty-free vegan alternatives, such as cruelty-free makeup brands and even vegan nail polish.

For starters, all-vegan deodorant is 100% cruelty-free. This means that no animals were harmed or tested during product development. When testers were needed, the companies worked with paid human volunteers in a consensual, safe, and respectful environment.

Before you start shopping, here’s a quick table outlining some of the key differences in ingredients between vegan and non-vegan deodorants:

Is Vegan Deodorant Good For You?

Vegan deodorant is great for you! Vegan-friendly deodorant provides a more natural alternative to help you control your body odor. The main difference is that vegan deodorant doesn’t contain as many antiperspirant metals and chemicals.

Antiperspirants are designed to stop your body from sweating in certain locations. While this is convenient, it’s also not very healthy. Vegan deodorants typically use natural plant extracts that have antiperspirant properties. These have a similar effect but wear off more quickly.

Since I first went vegan around seven years ago, I’ve experimented with a lot of different vegan deodorant brands. At first, there were only a few brands on the market; today, there are too many to count!

So, to make your shopping easier, I’ve compiled a list of some of the best vegan deodorant brands that I’ve tried in the past couple of years. Check it out!

Kopari Aluminum-Free Natural Deodorant is one of my favorite natural vegan deodorant brands! The roll-on application is a lot easier than most traditional deodorant sticks as well.

It’s made without aluminum or any other heavy metals, which makes it far healthier than the Degree deodorant that I used to use as a teen.

Another thing that I really like about Kopari deodorant is that it goes on clear. I can’t tell you how many t-shirts and blouses I’ve ruined with that sticky white residue that some deodorants leave behind.

It can become especially problematic if you’re wearing black-colored shirts. With Kopari, I’ve never had to worry about this.

It’s made with a coconut oil base, so it’s very hydrating. I haven’t had to worry about any underarm itch after using this product. Although most of the ingredients are all-natural and plant-based, this product does contain propylene glycol. This is the only “bad” thing that I have to say about it.

Personally, it hasn’t been a problem for me. But if you’re sensitive to PG, then it may not be the best choice.

Of the ones I’ve tried, I like the amber woods scent the best, as it has a natural woody scent that’s great for both men and women!

The only downside of this product is that, like Kopari, it contains propylene glycol as the main ingredient. This compound is generally safe in small amounts but can cause irritation in certain individuals.

Aside from that, though, the rest of the ingredients are mostly-natural and inspired by desert botanicals. It’s made using prickly pear, cactus flower, aloe, and coconut, which are all moisturizing, soothing to the skin, and help combat BO.

One of the coolest things about Hume Supernatural deodorant is that it contains all-natural vegan probiotics! The main cause of body odor is bad bacteria that feed on your sweat and release stinky gasses.

As far as odor protection goes, I typically only have to apply this deodorant twice a day. If I’m working hard or sweating outdoors, then I might need to apply it three times a day, at most. For a vegan deodorant, this is great.

I’ve always loved Acure’s vegan cosmetic products! Acure Magnesium & Charcoal Vegan Deodorant is one of the latest Acure products I discovered and I’ve been using it for about two months now.

Unlike the previous two deodorants I showed you, Acure’s vegan deodorant is 100% propylene glycol-free. So, if you have a PG allergy or don’t like the idea of putting a semi-toxic chemical on your skin, then this is an excellent product.

Instead, it’s made with a base of corn starch, coconut oil, and candelilla wax, all of which are plant-based and all-natural.

Aside from the all-natural base, it also contains moisturizing shea butter, so you don’t have to worry about itchy pits.

As the name implies, the main active ingredient in this vegan deodorant is magnesium. This metal extract creates a high underarm pH, which is too acidic for bad bacteria to survive.

Unlike aluminum, magnesium is a metal that our body naturally needs. So it’s far better than using an aluminum-based antiperspirant.

Last of all, Acure Magnesium & Charcoal vegan deodorant is affordable! In fact, it’s one of the most affordable vegan deodorants I’ve ever tried. Combined with its effectiveness and BO-combating ingredients, it’s quickly become one of my favorites.

4) Each & Every Natural Aluminum-Free Deodorant (link)

Similar to Acure’s vegan deodorant, Each & Every Natural Aluminum-Free Deodorant is 100% natural and made from plant-based ingredients. The base is made from a blend of coconut oil, tapioca starch, and ozokerite (an earth-based wax).

The main active ingredient is magnesium hydroxide, which is extracted from dead sea salts. This healthy trace metal is safe for your skin and creates a higher pH, discouraging bacterial growth and body odor.

Aside from the base and active ingredients, Each & Every vegan deodorant contains lavender oil, lavandin oil, lemon oil, and antioxidant salts. That’s it! No chemicals, no sulfites, no parabens, no propylene glycol, no artificial scents, or anything unnatural.

As a teen, I remember having a huge problem with sweating and body odor. This is a very common problem for teens and tweens and is typically a result of hormonal changes and increased sweat production.

That being said, Kidskin Natural Vegan Deodorants aren’t just for teens. If you’re a grown-up with a heavy sweating problem, an athlete or you work outdoors in the heat, then this is a great all-natural, vegan alternative to chemical antiperspirants.

It’s also dermatologist and pediatrician-recommended! This makes it a great way to start introducing your kids to vegan-friendly products.

Like the Each & Every deodorant I mentioned above, Kidskin vegan deodorant is made from a base of coconut oil, tapioca starch, and ozokerite wax.

Aside from that, the only other ingredients are baking soda, shea butter, rice bran wax, diatomaceous earth (a natural odor blocker that’s great for sensitive skin), and silica (an essential trace mineral our bodies need).

If you’re looking for a vegan deodorant that’s cruelty-free, smells great, and provides long-lasting protection, then Oars + Alps Aluminum-Free Vegan Deodorant is the one!

This deodorant uses a natural base made from corn-derived propanediol, water, plant-based sodium stearate, aloe juice, vegetable glycerin, and cornstarch. The other ingredients are artificial scent (deep-sea glacier) and chemical additives.

That being said, Oars + Alps isn’t a 100% all-natural deodorant. It does contain several artificial chemicals as well as an artificial scent. However, it’s vegan, cruelty-free, and aluminum-free. It’s also more effective and smells better than the majority of all-natural vegan deodorants I’ve used.

It was designed with athletes in mind and provides long-lasting odor protection that lasts for up to twelve hours at a time (in my experience, at least).

This is actually the main deodorant that my boyfriend uses! We both like the scent and he says it’s been very effective, especially with his heavy workouts.

If you have sensitive skin that doesn’t sit well with artificial chemicals and scents, then I’d recommend using Each & Every Aluminum-Free Vegan Deodorant.

It’s made from 100% all-natural ingredients and the scent is from natural lavender and lemon essential oils, which are excellent for sensitive skin.

So far, the best vegan deodorant I’ve used is Acure Magnesium & Charcoal Deodorant. I love the all-natural formula, simple ingredients, and how effective it is at controlling BO. Plus, it’s a lot more affordable than some of the other vegan deodorants I’ve tried!

Deodorant isn’t the only toxin-containing skin product out there. Most mainstream sunscreen brands also contain dangerous chemicals. If you’re looking for safe, cruelty-free sunscreen, be sure to check out my list of the best vegan sunscreen brands next!