Hot dogs and sausages have been an American staple since 1870 when German immigrant Charles Feltman opened the first hot dog stand in Coney Island, New York. They’ve been sold at ballparks, on the street, and shared amongst friends at barbeques for over 150 years!

Just because you’re vegan doesn’t mean that you have to stop grilling out. While you may have to abstain from your typical beef, pork, and chicken franks, there are plenty of great vegan hot dog and sausage brands that plant-based eaters can choose from.

If you’ve been searching for the best vegan hot dog brands to grill at your next family barbecue, then look no further! Below, I’ll break down what vegan hot dogs are made of as well as my top 5 favorite vegan hot dogs. 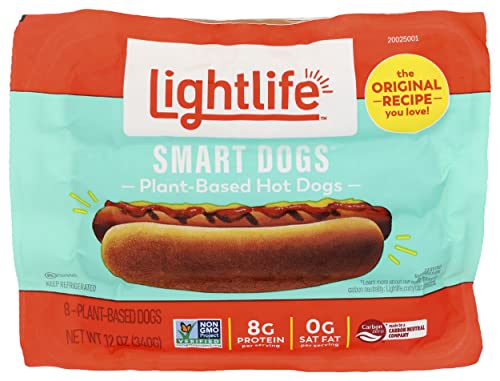 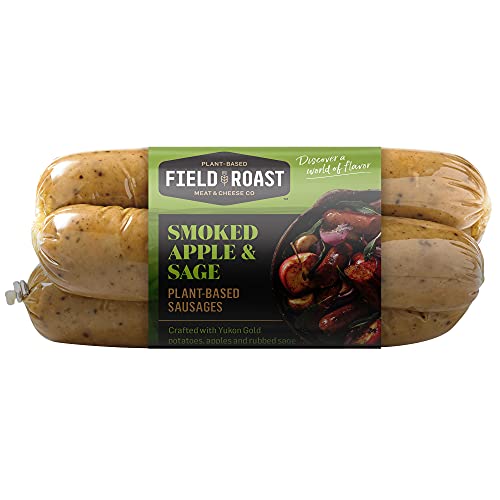 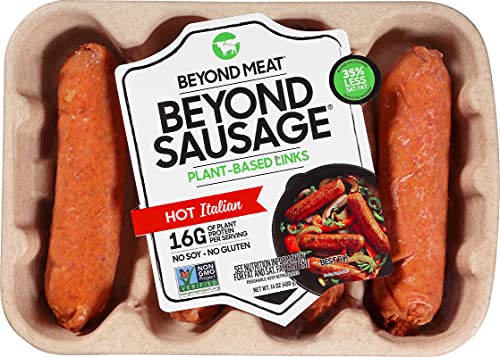 What Are Vegan Hot Dogs Made Of?

Vegan hot dogs are a form of vegan meat. Most vegan sausage brands use similar ingredients to those being used in plant-based burgers, meatballs, and other vegan meat alternatives.

The main difference is that vegan hot dogs are seasoned a bit differently, to make them taste more like hot dogs and less like burgers.

If you’re curious about what vegan hot dogs are made of, then check out this quick graphic breaking down the most common ingredients used to make vegan franks:

If you’re curious about how plant-based meat is manufactured, check out this interview with Ethan Brown, the CEO of Beyond Meat:

Field Roast makes some of the best vegan hot dogs and sausages! The Seattle-based company specializes in vegan alternatives to animal products and is known for its line of vegan cheese, vegan sausages, and more.

I’ve reviewed a couple of their products below, so be sure to check them out!

Lightlife vegan hot dogs are one of Field Roast’s top competitors! Once they’re in a bun with a bit of ketchup, you’ll barely be able to tell the difference between Lightlife franks and traditional meat-based franks.

Are you starting to get hungry yet? If so, here are the best vegan hot dogs that you’ve got to try this year!

If you’re looking for the closest thing to a traditional ballpark-style beef frank, then Lightlife Smart Dogs are the way to go.

These vegan hot dogs are made with a simple base consisting of water, soy protein, and soybean oil. Brown sugar, salt, smoke flavor, and smoked sugar are added for flavoring to give them that savory meat-like taste that we all crave.

Throw them on a potato bun with some diced onions, vegan-friendly ketchup, and hot sauce, and they taste just like the real deal.

The main downside that I’d have to say about these is that they’re made from mostly-soy. Personally, I don’t have a problem with soy; but I know that some people with soy allergies may be triggered by the large amount of soy in these vegan hot dogs.

Field Roast Vegan Sausages are, by far, the best vegan hot dogs I’ve ever had! My favorite flavor is the Smoked Apple Sausage and they taste very similar to the applewood-smoked chicken sausages that I used to eat for breakfast before going vegan.

They’re extra-large kielbasa-style sausages, which makes them incredibly juicy with a bit of flame-kissed char from the grill. I also like to dice them up and mix them in with rice and beans for good old-fashioned rice, beans, and sausage bowl.

Beyond Meat is currently the leader in plant-based meat alternatives. After the success of their plant-based burgers, they created Beyond Meat Vegan Hot Dogs! Although they offer an Original flavor, I far prefer the Hot Italian variety.

The base is made from pea protein, coconut oil, safflower oil, and natural flavors. They have a slightly spicy aftertaste, but it’s not overpowering.

One of the main benefits of Beyond Meat Vegan Hot Dogs is that they’re 100% soy and gluten-free.

Soy protein and wheat gluten are commonly found in most brands of vegan hot dogs and can cause allergies in some individuals. The only real drawback is that they’re a little bit on the expensive side.

They’re made from a base of wheat gluten, eggplant, safflower oil, onions, and wheat protein isolate.

Vegan hot dogs and sausages can be a bit expensive. If you’re looking for tasty, affordable vegan hot dogs to cook at your next block party, then Loma Linda Vegan Hot Dog Franks is an affordable alternative to Field Roast or Beyond Meat’s more expensive vegan sausages.

They’re made using a blend of plant protein (wheat and soy), corn oil, and torula yeast. They’re flavored with garlic, onion, and spices. B vitamins are also added, which provide a bit of much-appreciated nutrition as well!

Overall, they taste like a pretty average ballpark-style beef frank. They’re not the best-tasting vegan hot dogs, but they are the most affordable, making them great for events and parties.

Vegan hot dogs are a cruelty-free alternative to their butchered, animal-derived counterparts.

If you’re the type who likes to put mayo on their hot dogs, keep on reading to find out the best brands of vegan mayonnaise next!