When I first went vegan, ice cream was the first thing I had to come to terms with sacrificing. As a self-proclaimed ice cream lover, tossing that last pint of ice cream in the trash was almost impossible.

Worried about the taste?

Well, don’t be. In my experience, vegan ice cream tastes almost as good as the real thing. Plus, it’s 100% cruelty-free, which is the most important thing. 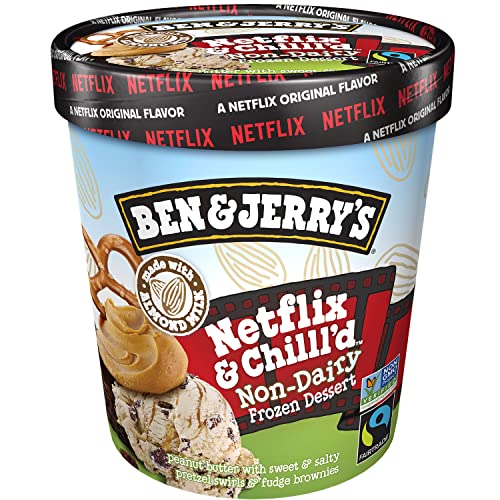 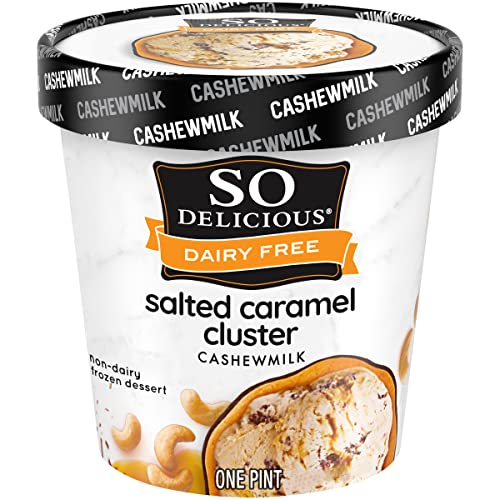 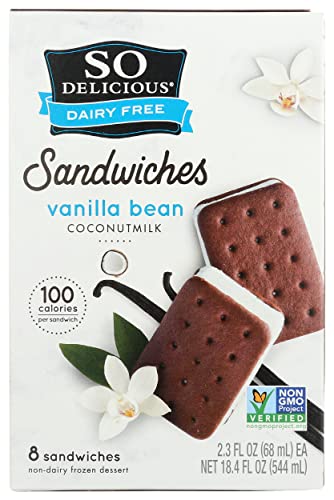 There are a lot of for-profit companies that only care about making a quick buck off of vegans while feeding them loads of unhealthy artificial ingredients. So, when I first learned about vegan ice cream, I wasn’t quite sure what to expect.

Thankfully, I was pleasantly surprised!

Although you’ll find a few preservatives, mixing agents, or artificial flavors here and there, the majority of vegan ice cream is made with mostly natural ingredients.

Here are some of the most common ingredients used by vegan ice cream brands.

Almost every vegan ice cream uses plant-based milk as a base. Plant-based milk like soy, almond, oat, and cashew milk are made using a relatively simple, all-natural process. First, the legumes or nuts are soaked in water.

Then, they’re blended together to form a puree. Finally, the excess plant matter is strained out, leaving behind a milk-like plant liquid.

Although soy, almond, oat, and cashew milk all have slightly different flavor profiles, the consistency and nutrient content is very similar to cow’s milk. This makes it the perfect base for vegan ice cream.

To learn more about how plant-based milk is made, check out this cool video:

Coconut milk has an incredibly smooth texture, which makes it a great additive to vegan ice cream.

Often coconut milk is used alongside one of the other lighter plant milk above to create a full-bodied vegan ice cream base with an ultra-smooth finish. Coconut milk is also very healthy and is loaded with brain-healthy unsaturated fats.

Vegan protein powders such as soy protein isolate or pea protein are often added to ice cream mixtures to thicken the mixture. The protein helps hold the mixture together and makes for a more filling, satisfying vegan ice cream.

Plus, everyone appreciates a little bit of extra protein in their dessert, right?

Ice cream just wouldn’t be ice cream without some type of sweetener. Cane sugar is the most common sweetener. However, some low-sugar vegan ice cream brands may use a blend of erythritol or naturally-derived stevia extract to make a low-calorie/low-carb product.

In my experience, vegan ice cream that’s made with real cane sugar always tastes better, though!

Salt is a key ingredient in all ice cream. It’s what helps ice cream stay cold for longer and prevents it from melting as quickly as other frozen treats.

For those who are curious, here are the key differences between vegan ice cream and your typical dairy-based ice cream:

Is All Non-Dairy Ice Cream Vegan?

Just because the label says non-dairy doesn’t mean it’s vegan. The non-dairy label simply means that the ice cream is lactose-free and safe for lactose-intolerant people to consume.

The only way to know for sure is to double-check the ingredients label.

Non-dairy ice cream is just as “healthy” as dairy-based ice cream. Ultimately, ice cream is a sugar-loaded dessert and should be consumed in moderation.

The only difference is that one type uses real cow’s milk, while the other uses plant-based milk.

Yes! Thanks to advances in shipping technology and speed, vegan ice cream can be shipped straight to your front door. It will usually be stored in a special “cold box” designed to keep it frozen for extended periods of time.

For this reason, vegan ice cream is usually sold in packs that contain multiple pints, which offsets the more expensive shipping cost.

The Best Vegan Ice Cream Brands I’ve Ever Had

Now that you know what’s inside vegan ice cream, it’s time to show you the best vegan ice cream brands that I’ve had the pleasure of trying over the last couple of years. Check it out!

Ben & Jerry’s makes some of the world’s best ice cream and their new line of vegan ice cream is just as good!

The base is made from almond milk, coconut oil, and sugar, which makes for a smooth, well-balanced, full-bodied, vegan ice cream.

As usual, Ben & Jerry’s “Netflix & Chilll’d” is loaded with extra toppings. This flavor is a sweet, salty, and savory blend of real peanut butter, salted pretzels, and rich dark chocolate fudge. It really doesn’t get any better than this guys.

Caramel isn’t usually vegan-friendly, as it’s made with butter and cream. However, So Delicious Dairy-Free Cashew Milk Vegan Ice Cream is made with 100% vegan salted caramel that makes for a truly addictive flavor.

The cashew milk pairs perfectly with chocolate and caramel. In my opinion, it tastes even better than the salted caramel ice cream that I’ve had with dairy.

Ice cream cones will never go out of style, but sometimes an ice cream sandwich hits the spot.

Each sandwich only has 100 calories, too, making it the perfect dessert for those who struggle with portion control!

If you prefer fruity ice cream over savory flavors, then Oatly’s Raspberry Swirl Vegan Ice Cream is the perfect compromise. It’s made using an oat milk base, which really compliments the all-natural raspberry swirl.

Since it’s not made with any nuts or nut milk, it’s safe for anybody with a nut allergy to eat as well!

Gelato is known for being thicker, smoother, and sweeter than regular ice cream. Despite the fact that it’s 100% dairy-free, Nubocha’s Gelato is almost as smooth as the real deal.

The base is made from spring water, allulose (a rare sugar derived from figs), and cashew butter, which is what gives it such a wonderful texture.

Out of the five, I’d have to say that Ben & Jerry’s makes my favorite vegan ice cream.

The Nubocha gelato is also a close second, due to its super-smooth texture. I love to chop up fresh fruit and use it to top my ice cream as well.

Few things pair better with ice cream than fresh-baked brownies! To see my favorite vegan brownie mixes, be sure to keep on reading here…