Be it a fun day out with friends on a hike or a cozy night in with your loved ones, a summer BBQ party in your backyard, or a winter camp out, you can’t go without marshmallows when there’s a campfire.

Toast them or sandwich them in graham crackers with chocolate for the classic campfire treat; marshmallows are an utter delight to the taste buds.

But, as we all know, these soft, fluffy, melt-in-the-mouth sweet treats are not traditionally vegan. Don’t lose heart, though.

Fortunately, like many other foods, we now have many vegan marshmallow brands. But before we get down to discussing them, it’s important that you know what makes marshmallows non-vegan. 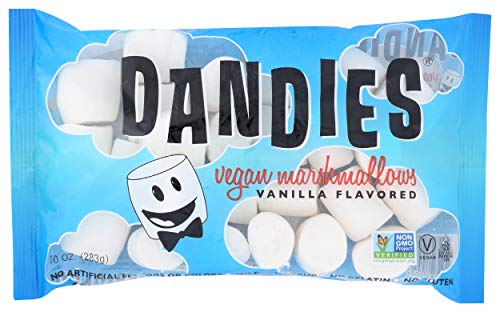 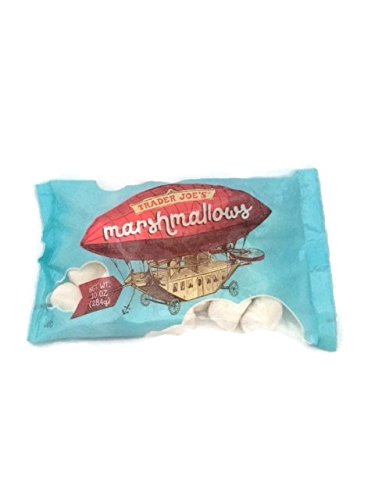 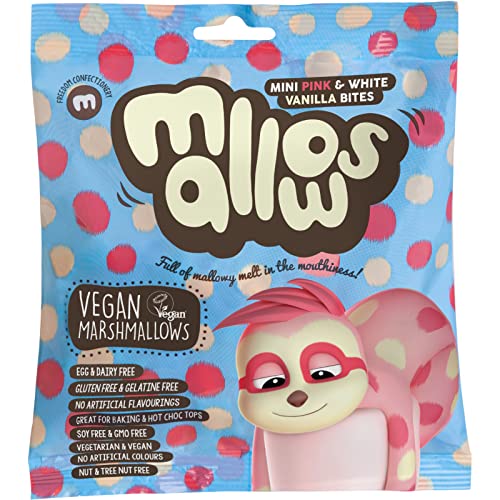 Technically, there are a few problematic ingredients in marshmallows. But, the most important of them that sort of makes all others irrelevant is the ‘gelatin,’ which, as everyone knows, is made from the collagen extracted from animal skin, bones, ligaments, and tendons.

What I meant by ‘irrelevant’ here is that even if all other problematic ingredients weren’t there in marshmallows, it wouldn’t have made any difference since the presence of gelatin is enough to make classic marshmallows inedible for vegans (and vegetarians).

However, for the sake of information, these other ingredients include:

It’s important to mention that while none of these ingredients are animal-based, they, as many of you would already know, have a controversial status in the vegan community. Hence, they are avoided by many vegans.

For the uninitiated, artificial colors and flavors are avoided because of their correlation with animal testing, natural colors due to their unspecified source, and sugar because of the use of bone char in its commercial refinement process.

Check out the following fun YouTube Shorts video for a quick explanation of why marshmallows aren’t vegan:

The 5 Best Vegan Marshmallow Brands to Shop From (2022)

As we all know, not all the varieties (of anything) available on the market are created equal. Therefore, I thought it would be best to provide all marshmallow lovers out there with a list of the brands that make the best vegan varieties.

So, here I have for you – seven vegan marshmallow brands that I (and many others) have really cracked the code of plant-based marshmallows:

Created by a loving father (Ryan Howard) for his vegan son who couldn’t find gelatin-free marshmallows anywhere, Dandies has long been a fan-favorite brand for vegan marshmallows.

Dandies marshmallows are certified vegan, kosher, non-GMO, and gluten-free. In addition to being free of gelatin, they also do not contain any artificial colors or flavors or unhealthy corn syrup.

They caramelize beautifully and crisp up in no time, making them the best vegan marshmallows for toasting. Moreover, they come in four interesting flavors that have got you covered for every season of the year. Dandies’ marshmallow flavors include vanilla, maple, pumpkin, and peppermint.

Dandies’ vanilla-flavored vegan marshmallows also come in mini size, which is perfect for your cups of hot chocolate.

Essentially a grocery store chain, Trader Joe’s has emerged as a leading brand for vegan foods. It has everything from regular grocery items to fast food to healthy options in plant-based formulations. Marshmallows are no exception.

Trader Joe’s vegan marshmallows are just as soft, light, fluffy, and delicious as your regular ones but are made without gelatin, artificial flavors, and refined sugar. They are also gluten-free.

If you’re looking for the best vegan marshmallows for s’mores and rice crispies, the ones from Trader Joe’s are among your top options. They melt just perfectly.

Freedom Mallows may be a relatively new name in the confectionery world (it was established in 2013), but its products are no less than any big brand in both quality and taste.

Freedom Mallows offers regular marshmallows in vanilla and strawberry flavors, chocolate-coated marshmallows, and gummies. All of them are egg and dairy free and vegan-friendly.

They also contain no artificial flavors or colors. Freedom Mallows’ vegan marshmallows are also gluten-free, non-GMO, nut-free, and unlike the previous two options, soy-free as well.

What makes Freedom Mallows an even popular choice is that they are prepared using halal and kosher religious requirements.

Use their regular marshmallows for toasting, s’mores, or devour the ones covered in dairy-free chocolate on their own as a snack; Freedom Mallows won’t disappoint.

Give your s’mores a fancy makeover and make your hot chocolates more decadent with these Belgian dark chocolate-covered vegan marshmallow puffs.

Not only are these marshmallows plant-based, but the chocolate they are dunked in is also dairy-free. It’s also sustainably sourced. Mallow Puffs also only uses natural flavors and colors from plant-based sources, making these bite-sized sweet treats a perfect choice for even the staunchest of vegans.

They are also made without corn syrup and hydrogenated fats, making them a sort of healthy vegan marshmallow option, if I may say so, for a sugar-rich sweet treat.

Anandas is a family-run confectionary company based in the UK. It may be a small company, but it is one of the leaders in the vegan marshmallow world. Anandas created vegan-friendly marshmallows back in 2008 when there weren’t many plant-based alternatives available to these traditional sweet treats.

Like Dandies, the owners of the company created these vegan marshmallows for their children.

Kraft’s jet-puffed marshmallows are the popular choice of Americans. However, they are sadly not vegan as they contain gelatin, along with the controversial ingredients of refined sugar, artificial colors, and natural and artificial flavors.

Check out my article Are Jet-Puffed Marshmallows Vegan for an in-depth analysis of jet-puffed marshmallow ingredients and their vegan status.

Finding vegan marshmallows is no big deal now. They are easily available almost everywhere, from grocery stores, like Trader Joe’s and Walmart, to online on Amazon. For your convenience, I have only included the ones available on Amazon in my list.

Conclusion – Which is the Best Vegan Marshmallow Brand?

While all the brands I have listed above make great-tasting vegan marshmallows, Dandies is consistently ranked as the best plant-based marshmallow brand by both vegan experts and regular consumers. Trader Joe’s comes at a close second.

However, if you like to eat marshmallows on their own, as a snack or quick dessert, you may want to try Mallow Puffs or Freedom Mallow’s chocolate-covered marshmallows.

Did you find this article helpful? Interested to know your best options for other sweet treats as well? Check out my article What Candies are Vegan for an extensive list of guilt-free sweet treats.