No matter how rushed I am or what’s going on in my life, I can always count on my favorite vegan mascara to brighten up my face and make it look like I have my life together.

There may not be enough time to sit down and do my makeup for thirty minutes, but I can easily brush a bit of mascara through my lashes while I’m sitting at the stoplight!

Personally, I’ve always found that whatever I do to my eyes makes the rest of my face look better. If I had to choose a single makeup product to use for the rest of my life, then it’d probably be mascara.

Not all mascara is made the same, though.

Many of the top-selling mascara brands on the market aren’t vegan-friendly. They either contain animal-derived ingredients or are tested on animals (which is just as bad).

Thankfully, there are plenty of vegan mascara brands that get the job done!

In today’s post, I’m going to show you what vegan mascara is all about and break down some of the most common non-vegan ingredients in mascara. Then, I’ll show you some of my favorite vegan mascara brands, ranging from black to bright colors.

Isn’t it time you gave your eyes the attention they deserve? 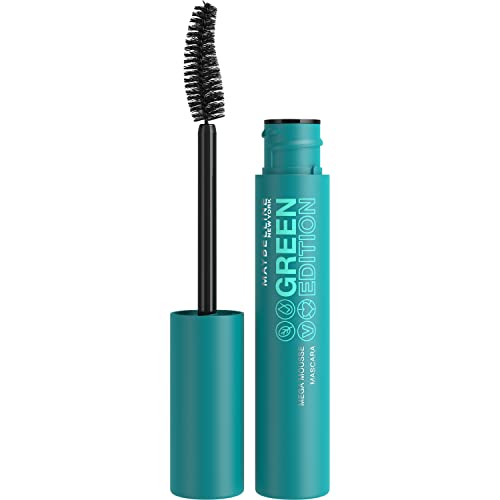 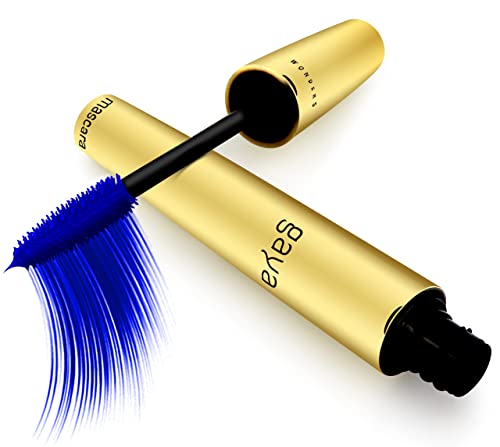 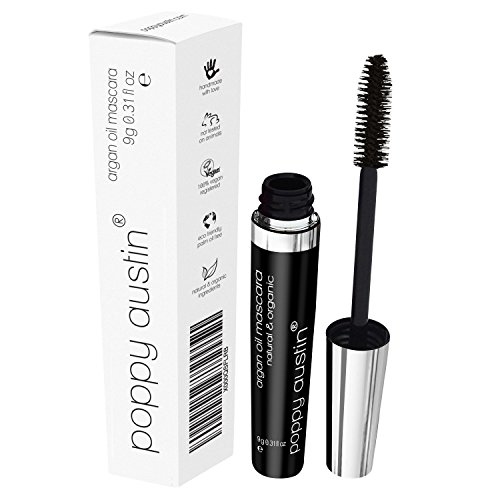 What Makes A Mascara Vegan?

A few decades ago, nobody knew or cared about vegan makeup. Most of the world’s top-selling makeup was manufactured in China, using who-knows-what.

Often, thousands of animals were killed during the development and testing of a single product and its ingredients on captive animals.

The internet wasn’t around, consumers weren’t aware, and nobody batted an eye.

Once the internet and social media came around, though, consumers worldwide got a first-hand look behind the scenes.

People were exposed to some of the evils of the modern cosmetic industry, saw the suffering animals, and started demanding cruelty-free, vegan makeup.

So, you ask, “What makes a mascara vegan?”

To be considered vegan, a mascara must meet two key requirements:

The Most Common Non-Vegan Ingredients In Mascara

Let’s start by addressing the first point… Here’s an informative table displaying some of the most commonly found non-vegan ingredients in mascara, and what they’re used for:

Thankfully, these are just myths.

Vegan mascara can indeed be waterproof. In fact, just the other night I was out with a few friends and got caught outside in an unexpected rainstorm. After finding shelter, I checked my makeup, expecting to see my mascara running down my face.

I was pleasantly surprised to see that my Gaya vegan mascara lived up to its waterproof claims!

Get Stunning Lashes With These 4 Vegan Mascara Brands

For decades, major cosmetic brands have used animal products and tested their cosmetics on animals. Thankfully, the tide is changing. More consumers are seeking out cruelty-free products and demanding vegan cosmetics.

Today, some of the top-rated cosmetics in the world, like Too Faced, are certified vegan. Below, I’ll be showing you some of my favorite vegan mascara brands, so get ready to do some shopping!

For years, I wore almost exclusively black mascara. Then, one day, I decided to borrow some green-tinted mascara from one of my friends. The difference was crazy!

The green tint really brought out the natural green tones in my eyes and I got more compliments in one night out than I had gotten all week.

Maybelline’s “Mega Mouse” Green Edition isn’t like most heavyweight mascaras I’ve tried. Its main selling point is that it applies easily and has a lightweight feel that won’t weigh your eyes down.

So, if you’ve got a busy day ahead, you don’t have to worry about this mascara dragging your eyelids down.

The one drawback of this vegan mascara is that it’s not waterproof. This is part of what makes it such a lightweight product, so it’s understandable. Just don’t wear it if the forecast calls for rain!

Gaya is one of my favorite cosmetic companies, as most of their products are 100% vegan. I love the deep royal blue tint of Gaya’s Vegan Mascara.

Unlike Maybelline’s green-tinted mascara, this is waterproof, so it’ll stay on whether you’re sweating at the gym or stuck in a rainstorm. In my opinion, this easily makes it the best blue vegan mascara on the market.

Despite the fact that it’s waterproof, the formula itself is gentle and moisturizing. This makes it safer for your lashes, reduces in-eye irritation, and makes it easy to remove at the end of the day.

Another thing I really like about Gaya’s blue mascara is that it’s made with a non-clumping formula, so you don’t have to worry about unsightly globs getting stuck in your lashes. The brush is also smudge-proof as well, which really helps.

There’s really nothing bad to say about this particular mascara, other than the fact that it’s a little on the expensive side.

As much as I enjoy adding a colorful flare of green, blue, or red to my eyes, sometimes a good old-fashioned black mascara is best (especially when I’m trying to look professional).

Poppy Austin’s Vegan Black Mascara is a great all-around mascara that’s made using organic base ingredients and is water-resistant.

It’s not fully waterproof, so you may want to avoid the swimming pool. Other than that, though, it’ll stand up everyday sweat, moisture, or a few shed tears.

One of the things I really enjoy about this vegan mascara is how moisturizing it is. It’s made with real organic argan oil, which is super-hydrating for both your lashes and your eyelid.

Since it uses an organic formula, Poppy Austin Mascara is better for sensitive skin and eyes. It goes on gently and is fragrance-free, so you don’t have to worry about itchy, burning eyes!

If you like bright-colored lashes and can’t decide which color is right for you, then Belleky’s 7-Pack of Colored Mascara is the perfect compromise. It’s affordably priced and contains seven fun colors: black, purple, blue, mint green, purple, red, and yellow.

I’ve never used the yellow mascara, but the other colors look great with my eyes and natural skin tone.

Although this mascara doesn’t have as many moisturizing or organic additives as some of my other favorite vegan mascara brands, it does offer variety. Whether I’m going to a party or want to experiment with a different color palette, this multi-pack always has my back.

Out of all of the vegan mascara brands that I’ve tried, I’d have to say that Gaya and Poppy Austin make the best vegan mascara. Both of the brands use high-quality ingredients that never irritate my eyes and they’re both 100% cruelty-free companies.

If you liked this post, then you’ll love my post on ColourPop’s cosmetics! Although they’re not 100% vegan, they offer tons of great-quality vegan palettes that will pair well with your vegan mascara.