I’m not huge on sweets myself, but I do love to bake, and puff pastries have always been a favorite of mine.

When I was a little girl, my grandmother used to make these amazing puff pastries all by hand. I’d watch her whip fresh butter, make her special dough, roll it, cool it, and repeat the process until the dough was perfect. Unfortunately, her puff pastry was far from vegan.

Since vegan puff pastry is so difficult to find, I decided to create a conclusive list of the best vegan puff pastry options I’ve found. There aren’t many, but each item on my list is a gem that’s been fully vetted for quality, taste, and texture.

Towards the end of the article, I’ve also included a simple recipe for vegan baklava and a more savory vegan puff pastry dish as well.

Let’s take a trip to flavor town, shall we? 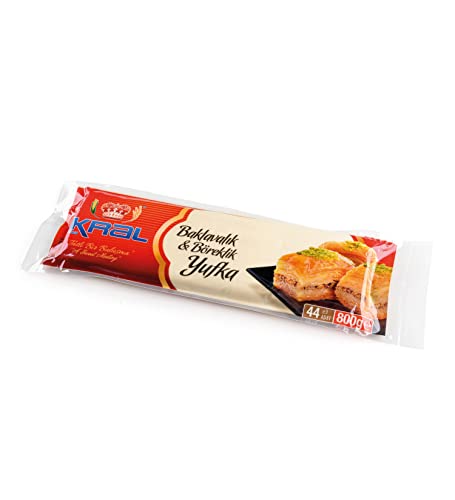 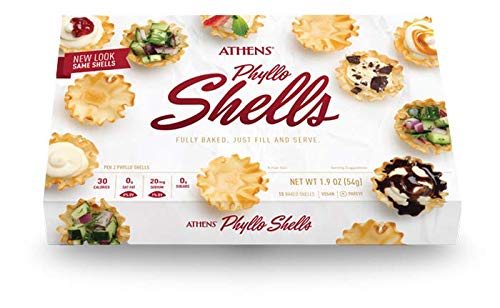 Puff pastries are known for being fluffy, flakey, and slightly sweet. While puff pastry dough is typically associated with sweet treats and pastries, it can also be used to make savory dishes as well!

The process of making puff pastry dough is quite unlike your typical bread dough. Once blended, the dough must go through a rigorous process of rolling and cooling.

Between each rolling session, the dough must be cooled for at least two hours. This means that a batch of puff pastry dough can easily take the better part of a day to complete.

After spending hours on YouTube trying to find a similar recipe to the one my grandmother used to use, I finally found the following video:

As you can see, there’s a very obvious reason why traditional puff pastry dough is not vegan… all of the butter! The recipe above used several sticks of butter, an ingredient that is a direct product of dairy and supports the cruel exploitation of cows.

Since almost all puff pastry dough options on the market contain butter, I’ve had to find an alternative – fillo dough. Depending on your location, some cultures call it phyllo, while other cultures call it fillo. For simplicity’s sake, I’ll be using the latter term to describe the dough in this article.

Puff pastry originated in France, and French cuisine is typically very butter-heavy. Fillo dough, on the other hand, originated in Greece and uses little to no fat or butter.

Fillo dough has a very similar consistency and texture to traditional puff pastry dough. However, it’s not anywhere near as fatty, filling, or oily. The result is a dough with a similar texture that’s not only healthier but is almost always vegan.

Whether you’re looking to make a sweet vegan pastry or a savory gourmet dish with puff pastry dough, these are some of the best vegan puff pastry alternatives that I’ve found. You can substitute these in just about any recipe that calls for traditional butter-laden puff pastry.

If you’re looking to achieve a fattier texture without butter, you can always use a vegan butter alternative, such as coconut or olive oil. Simply brush a thin coating on the vegan puff pastry, and it’ll have that rich flavor you’re used to getting out of French puff pastries.

So, without further ado, here are the best vegan puff pastry doughs and shells on the market!

The Fillo Factory is my go-to favorite for vegan puff pastry dough. Not only is it absolutely delicious but it’s also quite affordable!

This particular package comes with twenty small sheets, so you can either make a small batch or a large batch of puff pastry, depending on how much you need.

As there are no preservatives, the dough is delivered frozen and must be kept frozen until it’s ready to be used. To thaw the dough, simply leave it out at room temperature for two hours!

Yufka is a thin, light-tasting variety of fillo dough that is commonly used in Turkish cuisine. From baklava to more savory dinner dishes, Yufka is a common household staple in Turkey.

In America, it’s a bit harder to find, so I always end up ordering it online to save myself an hour-long drive to the closest international food store.

When I’m trying to make my favorite vegan baklava dish, I always buy a batch of Kral Yufka. The sheets are very thin, so you have to exercise some caution when baking with them to make sure they don’t break.

But as long as you keep that in mind, you shouldn’t have any problems!

Unlike the Fillo Factory option above, Kral’s Yufka is partially baked. This means you don’t have to worry about freezing or refrigerating the product. As long as the Yufka leaves remain vacuum-sealed in the original packaging, the product should have a fairly long shelf life.

Once opened, you’ll need to either use all of it or reseal it in a vacuum bag.

If you’re the type of person who likes simple, easy-to-bake pastries and deserts, then Athens’ Mini Fillo Dough Shells are a perfect option. These miniature shells come partially baked, and take on a crispy, flakey texture and a golden-brown color once you finish baking them in the oven.

Since these are pre-formed shells, it does limit your creativity as far as baking goes. You won’t be able to make traditional baklava or other folded pastry treats.

However, if it’s the consistency you’re looking for, these mini fillo dough shells are nearly identical to the texture of folded puff pastry dough.

My favorite way to cook with these is to create small fruit-based pastries that are kind of like miniature pies. I fill them up with fresh berries, some vegan jam, bake them for 10 minutes at 300 degrees, and then top them with vegan whipped cream or dairy-free vegan yogurt.

They make for a delicious, somewhat healthy snack, pastry, or party dish!

Merve’s Turkish Pastry Leaves are very similar to the Kral Yufka I reviewed above. The leaves of Sac Yufka are delivered pre-cooked, so you don’t have to worry about freezing them. The upside is that they don’t take as long to cook with, but the downside is that they tend to break easily.

Because of how easily they break, I try to order two packages at once (in case I accidentally drop or break some of the leaves in the first package).

The flavor of Merve’s vegan puff pastry dough is outstanding, though. I’ve used this particular product for Baklava and even to make my own vegan Turkish borek (a dish made from fillo dough, vegan cheese, olive oil, and herbs).

Since we’re on the topic, I figured that now is the best time to show you guys my simple vegan Baklava recipe!

Traditional baklava dates back thousands of years to the ancient Persian Empire. After that, it made its way into Greek and Turkish culture. While the ingredients are relatively simple, the original recipe is made with loads of butter and honey, which unfortunately are not vegan.

However, I’ve figured out a way to make baklava using vegan butter and a bit of organic maple syrup (which is usually vegan).

While my vegan baklava may not have the traditional honey flavor of Turkish baklava, it still tastes absolutely amazing. The texture, flakiness, and sweet flavor are impossible to beat, and the baklava pairs perfectly with a morning coffee!

The best vegan puff pastry substitute is, by far, fillo. The main difference is that the dough is a bit thinner and doesn’t rise as much. It’s also made without butter, eggs, or other non-vegan ingredients!

Other than that, though, the overall flavor and texture of the Turkish fillo pastry dough are almost identical.

If you’re looking for more great tips on eating and cooking with a sweeter flavor profile, be sure to check out my Sweet Food blog on Vegan Calm!