When it comes to a delicious, creamy, tart topping, it’s hard to beat sour cream. There’s just one problem – sour cream isn’t vegan! Most sour cream is made from milk that’s been exposed to cultures, creating a thick, sour-tasting cream that has a similar consistency to yogurt.

That being said, sour cream doesn’t have to be made with dairy.

Today, I’m going to be showing you some of the best vegan sour cream brands. These sour cream alternatives are made with ingredients like almond milk, cashew butter, and other plant-based sources. There are absolutely zero dairies whatsoever!

So, if you’re ready to find your new favorite creamy topping, then you’ve come to the right place. It’s time to change your mind about what sour cream can be! 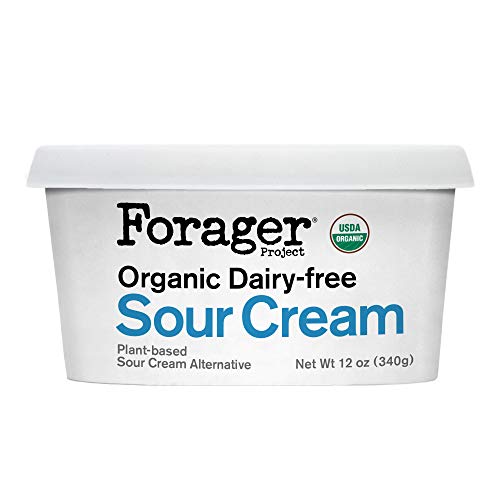 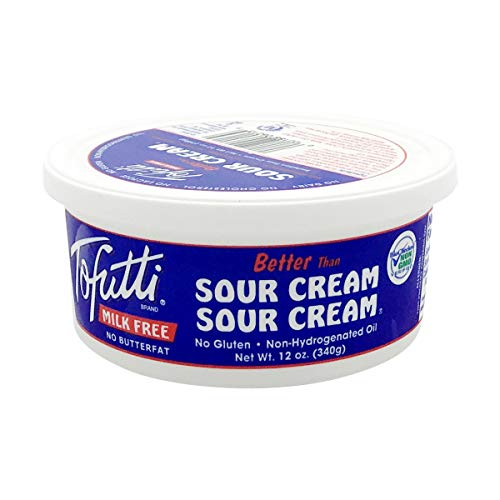 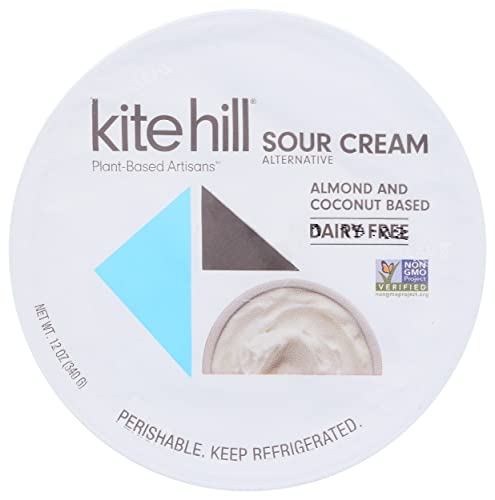 Is There Sour Cream Without Dairy?

The word “cream” almost always implies the use of dairy. The cream is just the extra-thick dairy product that contains more of the natural fat from the milk.

The dairy industry is incredibly cruel to cows and it’s an immense source of animal cruelty in the world. So, one of the first things that all vegans give up is dairy.

That being said, there are several awesome brands that are offering a vegan take on sour cream.

What Is Vegan Sour Cream Made Of?

I’ll be honest, vegan sour cream isn’t all that healthy. Even the best-tasting, top-rated brands contain more than a few artificial ingredients that aren’t the healthiest. The only thing healthy about vegan sour cream are the plant-based oils used to make them.

Vegan sour cream is made by combining plant-based oils with emulsifiers and thickening agents to create a thick, cream-like “goo” that tastes somewhat similar to real dairy.

I wouldn’t necessarily eat vegan sour cream by the spoonful. However, if you’re looking for a light dollop to add some flavor to your BBQ seitan, then it’s a really good topping.

That being said, if you want to avoid all of the extras, you can make your own homemade vegan sour cream, using just a few simple ingredients:

The shelf life won’t be that great, but it’s perfect for a single meal!

The Best Vegan Sour Cream Brands To Try In 2022

It’s made from a combination of cashew and coconut milk, tapioca starch, sea salt, pectin, distilled vinegar, lactic acid, locust bean gum, agar, and live active cultures. Around half of the ingredients are also organic, so that’s another great reason to love this brand.

I also really like that this vegan sour cream contains live active cultures. These are natural vegan probiotics that are really healthy for your gut and overall bodily health.

I also appreciate how this brand uses locust bean gum, which is a far healthier and more natural alternative to the highly-processed xanthan gum used in the majority of vegan sour cream brands.

Some people love Toffutti, while others are unsure what to think about it. Compared to some of the other vegan sour cream brands on the market, Tofutti is one of the oldest.

While most vegan sour cream is made from nuts and plant-based milk, Tofutti is made from a tofu and soy protein base.

To me, it just tastes like a creamier version of tofu. So, if you’re used to the flavor of tofu, then you’ll likely appreciate this!

The thing that I don’t like about Tofutti is that it contains several artificial and highly processed ingredients. While the soy protein and tofu base are perfectly healthy, this product also contains maltodextrin and xanthan gum, as well as mono and diglycerides (fatty acids).

The thing I love about Tofutti, though, is that it’s very affordable! So, whenever I’m buying a lot of vegan sour cream for a party, I usually go for this brand.

If you’re looking for the simplest vegan sour cream with the shortest ingredients list, then Kite Hill’s Plant-Based Sour Cream alternative is it. This product is made with almond milk, coconut oil, rice starch, coconut milk, maltodextrin, chickpea oil, salt, and live cultures.

It’s very similar to Forager’s Vegan Sour Cream that I reviewed above. The main difference is that this vegan sour cream is a little bit thicker (thanks to the maltodextrin) and has a stronger coconut flavor due to the added coconut milk.

As long as you don’t mind coconuts, then this is a reliable and great-tasting vegan sour cream!

Only Plant-Based Vegan Sour Cream is one of the top-selling brands on the market due to the company’s big marketing and amazing flavor. It tastes remarkably similar to real dairy-based sour cream and has a super-creamy, extra-thick texture that’s similar to mayonnaise.

While this vegan sour cream brand certainly tastes great. It’s not the healthiest.

While I don’t care for all of the extra additives, it is the best-tasting vegan sour cream I’ve ever had. I suppose everything is okay in moderation, though. I just wouldn’t make a point to over-consume this particular product.

Of all the vegan sour cream brands that I’ve tried, I’d have to say that Forager Project’s Dairy-Free Sour Cream Alternative is the best that I’ve had so far. The quality of the ingredients is amazing and the flavor is perfect.

If you’re looking for more great condiments to take your vegan meals to the next level, be sure to check out my list of the best vegan BBQ sauces next!