There was a time when the term ‘vegan cream’ was considered an oxymoron. But no more!

We now have vegan creams to ethically elevate the flavors of our favorite desserts and drinks. Whether you love making frappes at home, bake your own cakes, or are someone who loves topping every dessert with dollops of whipped cream, you have plenty of options to choose from.

Today, we’ll talk about some of the best vegan whipped cream brands to ensure all of us plant-eaters can enjoy the same great taste and creaminess without contributing to animal cruelty. 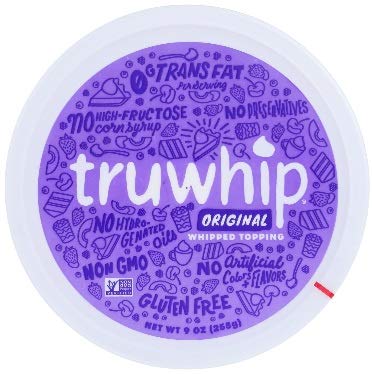 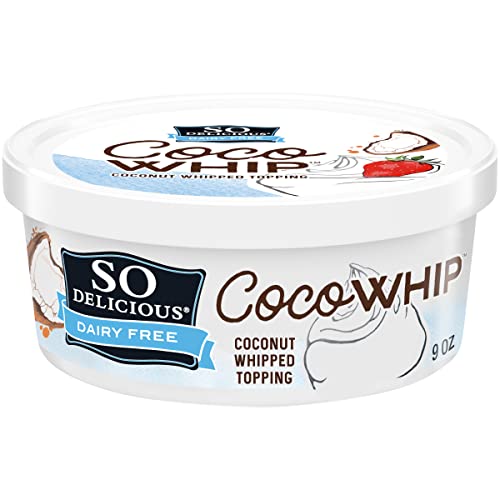 What are Dairy-Free Whipped Creams Made Of?

Dairy-free whipped or whipping creams are made of:

Want to avoid chemicals or processed foods but badly craving cream? Make your own plant-based whipped cream at home. Check out the following video for the simple but best vegan whipped cream recipe…

Many vegan whipped cream brands offer the same taste and texture as dairy creams. Here are some of the best ones among them:

According to some users, the Non-Dairy Plant-Based Whipped Topping tastes more or less the same as Cool Whip, except that this one is completely dairy-free. It’s made with soy protein and sweetened with cane sugar and tapioca syrup.

Oat-Based Whipped Topping comes in a spray canister and, as the name says, is made with oat milk. This one makes an excellent option if you’re looking for soy-free vegan whipped cream. The oat milk whipped cream is gluten-free, has less sugar than the soy cream, and, surprisingly, has a lower calorie count, too.

Truwhip makes a few different types of whipped toppings for people with different dietary needs and preferences, including those following a vegan diet.

Named Truwhip Vegan, it comes in a cool teal-colored plastic tub in the classic spoonable whip form and is made of pea protein, soy protein concentrate, cane sugar, and tapioca syrup, along with a few other ingredients.

It’s a great vegan whipped cream (no coconut) option for those who aren’t fans of the coconut flavor. However, it contains soy and may not be suitable for everyone.

Don’t mind the coconutty flavor in your whipped cream? Or actually, like it? Go for So Delicious’ Cocowhip. Made with organic coconut oil, the non-dairy whipped cream comes in the classic spoonable form in two varieties – Original and Cocowhip Light for those watching their fat intake.

Cocowhip Light offers the exact same taste but half the fat content as the Original variety. Both are, however, gluten-free.

Reddi Wip isn’t a vegan brand but has non-dairy whipped cream toppings. Free from artificial flavors, sweeteners, and preservatives, these come in two varieties –Almond and Coconut – and come in canister sprays like the classic Reddi whips.

Although these are sold on Amazon, they are currently out of stock. Check back after some time, or buy directly through the brand’s website.

This dairy-free cream doesn’t come pre-whipped, but I have added it to the list because it whips beautifully and tastes great, making it an excellent choice for those looking for a vegan heavy whipping cream.

It also comes from a 100% vegan company owned and run by two sisters who follow a strictly plant-based lifestyle themselves, too.

The owners of Nature’s Charm are daughters of the first coconut milk manufacturer in Thailand, so you can trust them to really know what they are doing. The brand’s unique product line reflects the owner’s expertise.

The brand started with just coconut products but has slowly expanded its product line to include natural meat substitutes and a couple of oat milk products.

The coconut whipping cream comes in a can and is made with all things coconut – coconut cream, coconut oil, and coconut sugar. A real treat for coconut lovers!

Since it doesn’t come pre-whipped, the vegan cream can be used for cooking as well. It will also yield the best non-dairy whipped cream for cakes.

None of the Cool Whip products are vegan. They all contain milk and/or milk-derived ingredients.

Conclusion – What is the Best Vegan Whipped Cream Brand?

While it’s difficult to choose the best vegan-friendly whipped cream brand out of all the available options, 365 by Whole Foods is the best of the ones we have discussed in this article.

The reason? It’s a certified organic brand and offers vegan cream in both spoonable (tub) and spray varieties, allowing users to choose the best that suits their needs.

Considering placing an online order for vegan whipped cream but not sure what to pair it with? While there’s no wrong way to enjoy whipped cream, getting your hands on some of the Best Vegan Cookbooks for Beginners will give you awesome ideas for using non-dairy whipped cream.