Almost everybody can appreciate a candle-lit dinner, candles surrounding a warm bathtub, or a box of tea candles when the power goes out. However, very few people (other than candle-makers) actually know what candles are made of.

So, are candles vegan?

As it turns out, there are both vegan and non-vegan candle varieties. Some candles are made from plant-based oils and waxes, while others are made using animal-derived fats and wax.

Today’s post is going to be all about candles!

Below, I’ll explain the difference between vegan and non-vegan candles, so you’ll know exactly what to look for the next time you’re out shopping. It’s time to spread some light and awareness…

Candles have been around for thousands of years. Current historical data suggests that they originated in ancient Egypt, nearly five thousand years ago. The Egyptians would make “rushlights” by soaking reeds in melted animal fat.

Later, the Romans developed the first long-burning wicked candle, which was made using a wick with a combination of melted beeswax and beef tallow for the wax.

Of course, neither of these ancient types of candles is vegan!

That being said, archaeological records also suggest that cultures all around the world were experimenting with various plant-based candles around the same time.

This, of course, begs the question, “What’s the difference between vegan and non-vegan candles?”

Here’s a quick table outlining the most common types of non-vegan and vegan candles:

If you want to learn more about the ancient history of candle-making, check out this quick video:

What Type of Candles Are Not Vegan?

Up until recently, almost all candles were non-vegan. They were made almost entirely from animal-derived fats and waxes, as those were the most readily available. Today’s vegan candle waxes are the result of chemical processing that simply didn’t exist hundreds of years ago.

Here’s a quick breakdown of the two most common types of non-vegan candles.

Beeswax, by far, is one of the most common non-vegan ingredients used to make candles. It was first used by the ancient Romans and is still used today.

Beeswax has a few key benefits that make it a great base for candles:

While all of this is true of beeswax candles, the fact remains that beeswax is not vegan-friendly.

You see, beeswax isn’t just given to us humans by willing participants. It’s stolen from bee hives, who use the wax to build hive structures. This, in turn, allows the colony to grow, ensures that all of the bees and larvae have a home, and provides protection from the outside elements.

By taking beeswax from hives, we’re endangering the colony and making it harder for the colony to grow.

Additionally, beeswax supports the commercial honey industry, which most vegans are against.

The commercial honey industry regularly exploits bee colonies by stealing their honey, which is their larvae’s primary source of food. The adult bees also rely on honey to sustain them through the fall and winter months, when flowering plants aren’t producing nectar.

For these reasons, both beeswax and honey are non-vegan products.

Candles Made With Beef Tallow or Stearic Acid

Beef tallow is basically just reduced animal fat. The animal fat is cooked down until it forms into a thick, waxy substance. It also contains a compound called stearic acid, which helps to harden the fat into a solid wax.

The early Europeans used beef tallow to make most of their candles. The ancient Romans changed this when they introduced beeswax candles during their conquest of Europe.

However, to save money, many people would combine beeswax and tallow together.

Today, it’s very rare to see candles that are made with animal fat. They aren’t as efficient as beeswax, soy wax, or paraffin, which means there’s really no point in using them as a medium.

However, some candle brands regularly use stearic acid (which usually comes from beef), as it helps to harden the wax and makes for a firmer candle.

Here is a good place to bring up that not all stearic acid is animal-based. Stearic acid can also be extracted from natural plant and vegetable fats as well! Because of this, you may find some vegan-friendly candles that contain stearic acid.

That being said, animal-derived stearic acid is still more common than plant-based stearic acid. So, just be aware of this and shop accordingly.

What Types of Candles Are Vegan?

Okay, so now that you know a little bit more about what types of candles aren’t vegan, let’s take a few minutes to look on the bright side! Today, vegan candles are actually more common than non-vegan candles.

Animal fat is rarely used for modern candles, and beeswax is an expensive commodity that’s usually only used for homemade candles or high-end candles.

These are the most common types of vegan candles you’ll find.

Soy wax has largely replaced beeswax as a clean, slow-burning form of wax. Soy is 100% plant-based, as it’s literally a plant.

It starts with fresh-harvested soybeans. The beans are then cleaned, dehulled, and dried. The soybeans are then crushed into thin flakes, which are pressed to release oil. This is how we get soybean oil, which is commonly used for cooking.

The problem is that soybean oil is a liquid.

To turn soybean oil into soy wax, the oil must be hydrogenated. Hydrogenation involves infusing the oil with additional hydrogen molecules.

Soy wax is cheap, effective, and widely available, which makes it one of the most common candle wax bases in the world.

Paraffin wax is just as common (if not more common) than soy wax. Paraffin wax is a by-product of petroleum production. When crude oil is extracted from the earth, it’s a thick, black oil that contains lots of contaminants.

The oil is then refined through a multi-stage process that yields motor oil, kerosene, gasoline, diesel fuel, and other organic lubricants.

Among these petroleum by-products, paraffin wax is one of the first to emerge.

It’s a thick wax that’s made up of the thickest, fattiest oils in petroleum. Paraffin wax has very limited use for other applications, and is incredibly cheap to produce. This is why it’s the lowest-cost, most efficient candle wax medium.

Paraffin wax candles burn slowly, are clean, and have little to no natural scent. This makes it a great medium to add essential oils and candle scents.

All of that being said, there are still some vegans who aren’t okay with the idea of paraffin wax.

Plus, fossil fuels are one of the leading causes of greenhouse gas pollution on our planet.

While I certainly understand these concerns, paraffin wax, by itself, is completely ethical. Paraffin wax doesn’t directly contribute to pollution and actually burns quite clean.

Given the slow decline of the fossil fuel market, paraffin wax will likely phase out of use in the next hundred years as humanity moves away from petroleum products.

A good candle is made with a thick wick and clean, slow-burning wax. However, the third part of the equation is the scent that’s added to the candle wax.

Scents that come from natural essential oils or herbal extracts are 100% vegan. However, some natural and artificial scents may not be vegan due to animal testing.

It’s unlikely that the candle companies, themselves, are performing animal tests. However, the massive manufacturing plants that synthesize artificial scents may very well be testing on animals. The same thing also goes for the artificial dyes and coloring that they put into candles.

Unfortunately, it’s hard to trace back the origin of every artificial scent and coloring agent used in candles. Often, the products change hands through multiple vendors and are often relabeled in the process.

So, if you want to be 100% certain that your candle is vegan, I would take the safe route and get a naturally-scented essential oil candle. They may cost a little bit more, but the higher quality is worth it.

Yankee Candle is one of the biggest candle stores in the US, and you can probably find one in your local shopping mall. They’re known for their high-quality, great-smelling candles.

Most products sold by Yankee Candle are vegan-friendly, as they’re made from paraffin wax. However, they do sell certain products (such as their beeswax taper candles) that are non-vegan.

Every time that I’ve ever visited Yankee Candle, I’ve found the store associates to be super friendly and helpful. So, if there’s ever any doubt in your mind, don’t be afraid to ask before you buy!

Generally speaking, most of the candles you’ll find in stores today are vegan-friendly. Some traditional-style or homemade candles may be made with non-vegan beeswax, but these aren’t as common.

If you want to be extra sure that your candles are vegan, I also recommend purchasing candles that are naturally scented with essential oils.

Soap is another product that was traditionally made with animal-derived fats hundreds of years ago. Thankfully, most of today’s soaps aren’t made with animal by-products. Keep on reading to see some of the best plant-based hand soaps next! 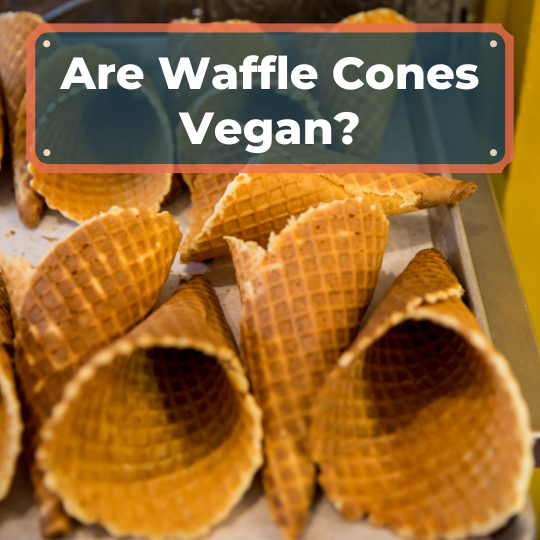 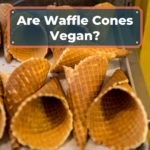