Normally, I prefer to cook my meals from scratch. Not only do I enjoy cooking, but I also like the fact that I know exactly what’s going into my body. I don’t always have time to cook a healthy meal for myself, though.

Sometimes, I’m coming home late from a day out making content or I’m on a trip and staying in a hotel without a kitchen. Whatever the case may be, I have my go-to list of vegan frozen meals that I can always rely on to fill me up when I’m in a rush!

If you’ve been looking for some new frozen meals to add to your lineup, then you’ve come to the right place.

Below, I’ll show you some of the best vegan frozen meals that I’ve ever tried, so you know what to look for the next time you’re out grocery shopping. Take a look! 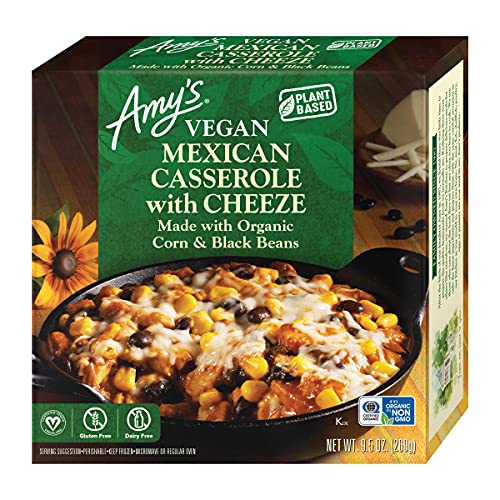 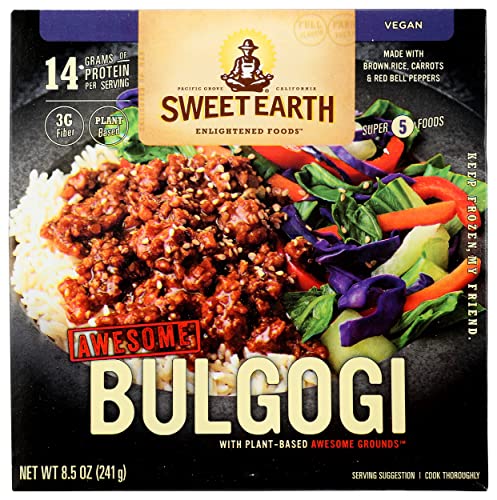 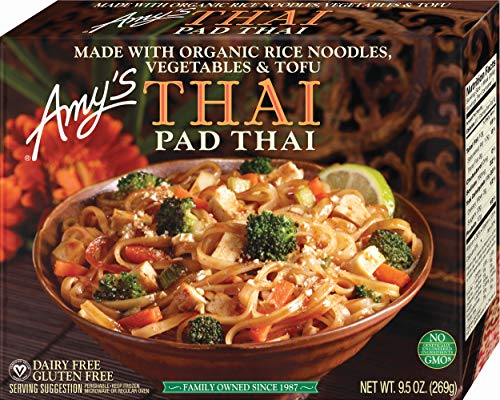 Although many people tend to think of vegans as “healthier” than non-vegans, this isn’t always the case. I’ll be the first to admit that some of the vegan food on store shelves is far from healthy.

Many of the top-selling vegan specialty foods are loaded with chemical preservatives and artificial mush.

Frozen vegan meals can be healthy. Of course, they’re not all going to be healthy. However, it’s always best to look for vegan frozen meals that contain only a few additives or are made with organic food products.

The healthier the vegan frozen meal is, the more you’ll pay for it. The higher-quality food almost always comes with a higher price tag. However, it’s your body.

If you don’t spend money on anything else in life, you should be spending money on the food you put into your body. The better food you give your body, the happier, healthier, and more energetic you’ll be, which is well worth a couple of extra bucks.

In general, though, I would say that most of the vegan frozen meals I’ve seen are at least somewhat healthy. They’re typically balanced meals that contain a good mixture of healthy carbs and plant-based protein, along with some vitamins and minerals from vegetables.

The best way to tell if a vegan frozen meal is healthy or not is just to give the nutrition label a quick once-over. Check how many calories it has, compared to the amount of protein, carbs, and fat in the meal.

Look for a moderate amount of carbs and calories, with a high amount of protein. These meals are usually the healthiest and the most filling!

Are Any Lean Cuisines Vegan?

Lean Cuisine is one of the top-selling frozen meal brands in the world. They’ve been around since 1981 and have been enjoyed by dieters and healthy eaters ever since.

You’ll pay a little bit extra for the vegan Lean Cuisine meals than you would for their non-vegan frozen meals. However, I’ve tried a couple of them, and they’re quite delicious!

The only problem is that the vegan Lean Cuisine meals are a bit hard to find in my local grocery stores. Since they’re a newer product, I’ve only been able to find them at the nicer health-oriented grocery stores.

The Best Frozen Vegan Meals To Try In 2023

If you can find the vegan Lean Cuisine meals, I definitely recommend giving them a try! They taste pretty good and they’re fairly affordable as well. In the meantime, though, these are some of my other favourites…

Here are the best frozen vegan meals that I’ve tried so far this year.

If you like Mexican food, then you’ll love Amy’s Vegan Mexican Casserole! It has all of the awesome flavours of Mexican cuisine without any of the unhealthy stuff (or the meat).

This casserole is made for one person, but it’s still incredibly filling, so make sure you sit down with an empty stomach.

It’s made from organic corn masa, black beans, sweet yellow corn, and vegan mozzarella cheese. Then it’s soaked in a juicy sauce made from concentrated fruit and veggies, tomato puree, and plenty of seasonings.

The main seasonings in this dish are garlic, cilantro, and onion. However, the casserole also contains some “hidden” spices kept secret by the brand. I have a hunch that one of them is chilli powder, though.

Despite all of the spices, the casserole is only mildly spicy. If you don’t like extra heat, then this is perfect for you. I opted to sprinkle a bit of Valentina Mexican hot sauce over it for an extra kick!

If you like Korean food, then you’re in for a real treat! Sweet Earth’s Vegan Bulgogi happens to be some of the best I’ve ever had. This frozen vegan bulgogi is actually just as good as some of the fresh bulgogi I’ve had at vegan restaurants.

Bulgogi is a classic Korean dish that’s made from spicy, saucy beef that’s layered over rice and served with fresh vegetables. Sweet Earth uses the same classic recipe and seasonings, just without the beef.

The vegan bulgogi is then spread over a bed of steamed brown rice and vegetables, such as bok choy, purple cabbage, carrots, and red bell peppers.

The meat crumble is made from a base of high-quality pea protein, which is one of the best forms of vegan protein. All in all, this 430-calorie dish has 14 grams of protein, which makes it a very healthy frozen vegan meal!

If you like Pad Thai, then Amy’s Vegan Pad Thai is a great frozen vegan meal. Sure, it’s not quite as good as some of the vegan Pad Thai that I’ve had while travelling in cities like Atlanta, but it’s close enough for a frozen meal.

This pad thai is made with organic rice noodles, which are 100% egg-free. Compared to traditional wheat-based noodles, pad thai rice noodles are lighter, not quite as stuffing, and have a milder taste. I far prefer rice noodles to wheat noodles, though!

The rice noodles accentuate the flavour of the seasoned steamed vegetables and tofu. The added tofu provides a good bit of protein, and this dish features 12 grams of protein, making it a moderately filling meal.

Compared to some of the other frozen vegan meals I’ve seen, the ingredients used for this Pad Thai are very clean and healthy. For one, almost all of the ingredients are organic, which means they’re less processed and chemical-free.

You also won’t find any artificial preservatives, colours, or flavours used in this frozen meal.

Who doesn’t love some great-tasting potstickers? My mom used to always cook potstickers at home when she was in a hurry. They’re quick, simple, and delicious. Unlike mom’s chicken potstickers, though, these Vegetable Potstickers by Whole Foods Market are 100% vegan!

While you can cook them in a microwave, the package recommends that you cook them in a bit of oil in a pan. Conversely, you can also steam them if you’re looking for a lower-fat alternative!

Each package contains 380 calories and 12 grams of protein, making them a moderately filling dish. Personally, I like to eat this as a light snack or as a side to one of my favourite vegan protein sources.

If I had to choose the best vegan frozen meal, I would say that Sweet Earth’s Vegan Bulgogi stole my heart. I’ve never had any frozen dish that has the unique flavours and seasoning that this dish had. It really blew me away.

While frozen meals are certainly convenient, you shouldn’t always rely on them. Thankfully, there are plenty of fast, easy-to-cook vegan meals that you can make in less than thirty minutes using simple ingredients!

Keep on reading to see my favourite lazy vegan recipes next!