Oral hygiene can make or break things in both professional and personal moments. It’s one of the first things (most, if not all) people notice about others, especially when it’s lacking.

How can you not? While there are multiple factors that go into oral hygiene, bad breath can be a real deal breaker. This is where chewing gum steps in.

It can be your saving grace during those post-lunch meetings and unplanned intimate moments when your mouth needs a quick refresher.

Today, we’re going to talk about of the best vegan gum brands to make sure everyone, including those following a strict animal-free diet, can also take advantage of this little magical item. But let’s talk about a few basics first… 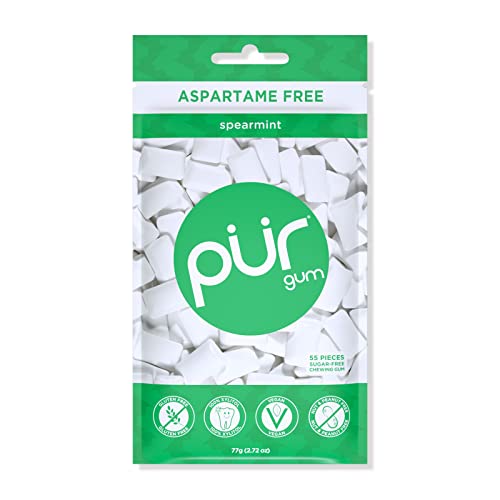 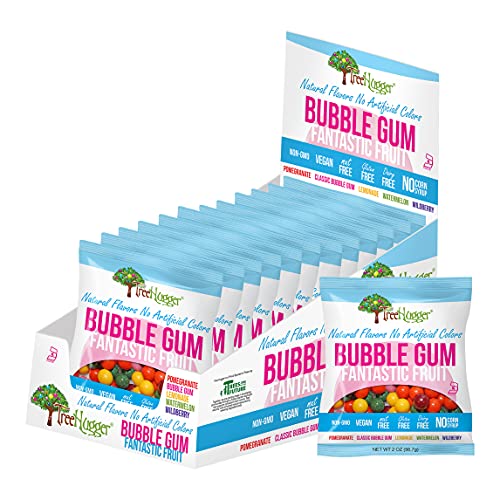 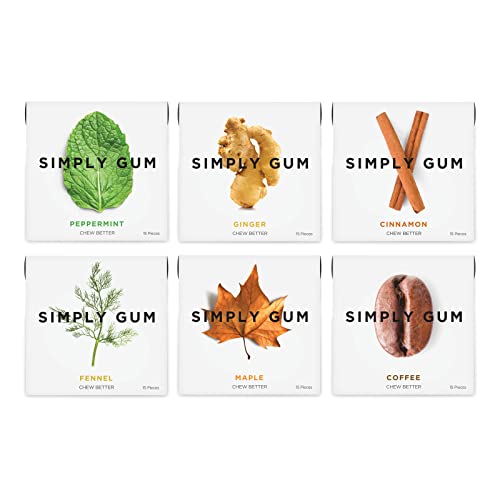 Why is Chewing Gum Not Vegan?

If you’re like most people, chances are you’ve never considered the vegan status of chewing gum. After all, it’s just gum. It has to be vegan, right? Wrong!

Here are the three animal-derived ingredients in gums highlighted by PETA:

This one shouldn’t really be a surprise for old-hand vegans. For those who’re new to the animal-free world, gelatin is used as a binding agent in a variety of foods, and, unfortunately, chewing gum often happens to be one of them.

Gelatin is made by boiling animal bones, hooves, skin, cartilage, tendons, and/or ligaments, which usually come from cows and pigs.

Glycerin can be vegan, but the type used commercially is often not. In instances where plant-based glycerin is used, it’s clearly mentioned on the ingredients label as ‘vegetable glycerin.’

Non-vegan glycerin is made from animal fats.

In case you’re wondering why glycerin is used in gums, it is one of the ingredients that help give chewing gums their characteristic texture and flexibility. Glycerin also helps retain moisture in gums.

Used as a softener, lubricant, and emulsifier in chewing gums, stearic acid is a type of fatty acid that can be derived from both animal and plant sources, but is most commonly taken from animals’ stomachs, usually from pigs.

These are the three commonly occurring animal ingredients in chewing gums, according to PETA. However, some varieties may contain a few other problematic ingredients as well, such as colors, flavorings, and refined sugar, which some vegans prefer to avoid.

Separating vegan chewing gums from the non-vegan varieties isn’t as easy as it is with other types of foods. This is because most gums innocuously write ‘gum base’ as one of the ingredients on the label, hiding the many components of it, some of which may be animal-derived. The same goes for flavoring.

Gum manufacturers aren’t required to list every ingredient that goes into the gum base or is used as flavoring.

To save you from the struggle of finding vegan gum brands or, worse, mistakenly consuming non-vegan gums, I decide to do the digging and find some safe options. Here are my top picks from the list of PETA-recognized vegan chewing gums:

If you’re someone who likes to play it safe in food, PUR is one of your best vegan chewing gum brand options to buy from.

PUR gums come clearly labeled as ‘vegan,’ taking the guesswork out of the buying process.

In addition to being 100% plant-based, PUR gum is also a brand that avoids using artificial sweeteners in its products.

Instead, it uses Xylitol, which doesn’t cause blood sugar spikes and makes PUR gums diabetic-friendly (this is a general perspective and not a professional opinion. Diabetic patients should consult their doctor to ensure the safety of these gums for their health).

For the uninitiated, Xylitol is also known to offer several dental health benefits and is widely used in gums that claim to offer these advantages.

PUR gums are also gluten-free and come in a variety of interesting flavors. These include:

If you have been looking for a vegan gum brand that offers more than just those typical mint and bubblegum flavors, PUR is the brand to go with.

PUR vegan gums are also the easiest to find.

The only complaint I could find about PUR gums is that some people think their flavors die pretty fast. But then I also found comments and reviews where people had appreciated its lasting flavors. Guess you have to give these a try to find out which of these opinions is true.

It’s not uncommon for vegans to be also health-conscious. If you’re one of them and prefer your foods to be healthy, along with meeting the vegan criteria, choose Tree Hugger for your bubble gum fix. While chewing gums aren’t really healthy, the ones from Tree Hugger are as healthy as they can be.

The brand uses all-natural, non-GMO, gluten-free ingredients to make its gums. There are no artificial colors, sweeteners, aspartame, BHT, or corn syrup in Tree Hugger gums.

The gums are sweetened with Xylitol, but gum-filled pops and drops contain sugar, making them not rank as high on the health scale as the gums, but you can have them once in a while.

Simply’s story goes back to 2014 when its founder Caron discovered that many chewing gums on the market had synthetic plastic in them (it’s the brand’s version, not mine). The revelation led Caron to experiment with making plastic-free gums using a gum base made with chicle.

Her efforts became successful, and she started making small batches of natural, plastic-free gums in her apartment. That’s how it all started for Simply.

Today, it defines itself as a natural confectionary brand that makes chewing gums, mints, fruit bites, and candy bars.

What, according to the brand, makes Simply Gums stand apart from other gum options on the market (vegan or not) is that they don’t use synthetic ingredients to make their gum base. Simply gum base is made with chicle, which is a type of tree sap that’s naturally chewy.

All of Simply products are free of artificial ingredients (another good option for health-conscious vegans), non-GMO, vegan-friendly, and kosher.

Simply also has some unique (and interesting) gum flavors and a few sugar-free vegan chewing gums. Your options include:

Spry gums are marketed as your ‘dental defense system.’ While I doubt that claim, one thing is for sure, (because PETA says so) the brand is vegan-friendly.

Spry gums’ ingredient lists show glycerin. However, the brand explicitly declares that it uses vegetable glycerin. The gums are also sugar-free and are sweetened with 100% Xylitol.

The flavor options include:

Wondering if there’s any truth to the dental health claims various gum brands make, and how chewing gums actually affect your teeth? Check out the following video to know.

Following are some widely known brands with some accidentally-vegan gum flavors:

There seems to be a difference of opinion on this. Some sources claim that even though Extra gums do not carry the vegan label, all of them meet the vegan criteria and hence, are suitable for those on a plant-based diet.

However, there are also sources that contest this claim and say that some of the Extra gums are vegan-friendly while others contain gelatin.

Considering this, I would recommend avoiding Extra gums or checking ingredients on the labels carefully each time before buying.

Starburst chewing gums do not seem to contain any animal ingredients and hence, are considered vegan-friendly.

· What types of gums should vegans avoid?

Apart from the obvious ones, it’s best to avoid gums that contain flavor crystals, as they often contain gelatin.

Not being a chewing gum fan, I am not the best person to answer this. But, if I had to, I would love to try Simply Gums simply because of their amazing and unique flavor options.

Tree Hugger’s gum-filled pops and drops are good options for days when you want to treat yourself or are craving something sweet, along with wanting to chew on gum.

This is just what I feel. And, once again, I am not a big gum fan. So, you don’t necessarily have to agree with my opinions. All of the gum brands that we have discussed are vegan-friendly, so you can choose any.

Want to learn about some more vegan sugary snack options? Check out my article What Candies are Vegan.