Who doesn’t like a good pie? Growing up, my grandmother would bake some of the best homemade fruit pies using fresh berries, real cane sugar, and her own homemade pie crust. The only problem was that her pie crust recipe contained eggs, which aren’t vegan-friendly.

Actually, the majority of homemade pie crust recipes contain eggs and/or dairy. Thankfully, there are several great-tasting, best vegan pie crust brands on the market. You just have to know where to look!

Whether you’re looking for a sweet graham cracker crust, a plain pie crust, or a spiced pie crust, I’ve got something for you below…

The only question is, “Are you ready for pie?” 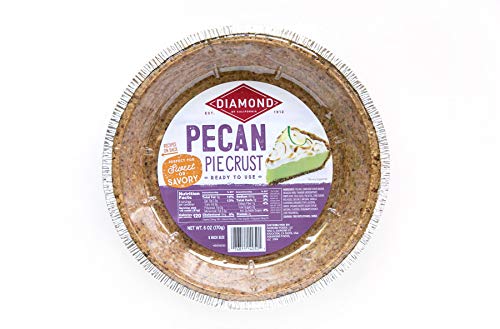 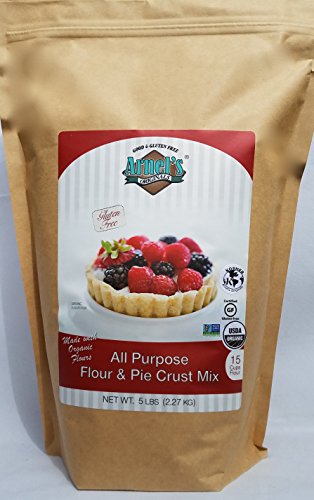 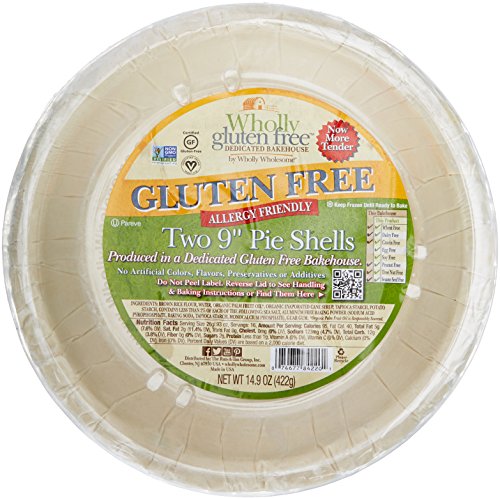 Pie is often one of those “tricky” foods on the vegan diet. Some pies are vegan while other pies are very non-vegan. It all depends on the ingredients used for the recipe.

Regardless of what type of pie you’re making, though, any good vegan pie starts with a healthy, plant-based pie crust. So, is pie crust vegan?

Some pie crusts are vegan while others are non-vegan. Many homemade pie crust recipes contain egg, which helps to hold the crust together and keeps it from cracking and crumbling.

However, there are other pie crusts that use natural gum as an emulsifier instead, These tend to be more vegan-friendly.

What Is Pie Crust Made Of?

For the most part, pie crust is very simple and is made with just a few ingredients:

It all starts with a bit of flour and water. These are combined with a bit of oil and sugar to create a thick, slightly sweet dough. Then, an emulsifier is added to keep the dough from falling apart and crumbling as it dries in the oven.

The most common non-vegan emulsifier is, of course, egg. However, vegan pie crust brands typically use xanthan gum, guar gum, gum arabic, or a vegan egg substitute instead. These work just as well as the eggs do, but are 100% vegan!

The Best Vegan Pie Crust Brands To Bake With (2023)

Are you excited to bake your very own pie? If so, then you’re in the right place! Below, I’ll show you some of the best vegan pie crust brands that I’ve used. Let’s take a look, shall we?

Pecan pie is one of my favourite pies, and Diamond of California’s Pecan Pie Crust is the perfect crust to use for your next vegan pecan pie. By the way, if you’re looking for an amazing vegan pecan pie recipe, be sure to check out this awesome recipe:

While pecan pie doesn’t require a pecan crust, I think they really help the dish taste more nutty and natural. Diamond of California’s Pecan Pie Crust isn’t just good for pecan pie, either. It’s great for just about any sweet pie you could think of.

I was really surprised about the added rosemary extract. As the pie is baking, it produces a subtle yet wonderful-smelling aroma. Additionally, rosemary also acts as an all-natural preservative, keeping the crust tasting great and increasing its shelf life.

Buying a pre-made vegan pie crust will certainly save you some time. They’re quick, easy, and ready to go. All you have to do is fill them up with your pie filling, and you’re good to go!

However, there is something to be said about making your very own vegan pie crust from scratch. If you’re ready to take your baking game to the next level and make your own homemade crust, then you can’t go wrong with Arnel’s All-Purpose Flour & Pie Crust Mix.

This pie crust mix has everything you need to make the perfect vegan pie crust. All you need to do is add water and a bit of oil before mixing it into a batter and rolling it into your crust.

This pie crust blend is made with brown rice flour, potato starch, tapioca flour, evaporated cane juice, xanthan gum, and sea salt. All of the flour and starch used in this mixture is 100% organic as well, which means it’s the highest quality that you can get!

Instead of refined sugar or molasses, this mixture is sweetened with a bit of all-natural evaporated cane juice, which isn’t refined through any type of bone char (like refined sugar is).

The xanthan gum acts as a natural emulsifier, holding the dough together and making for a crack-free pie crust. This is the only artificial ingredient in the entire mix, but it’s certainly better than consuming eggs!

If you’re looking for a vegan and gluten-free pie crust, then Wholly Wholesome’s Gluten-Free Pie Shell is a great choice. I’ve used it on several occasions while baking gluten-free pies for my friends and family.

They even have a note on the packaging that says their organic palm oil is responsibly sourced, which is great news for vegans seeking to avoid the unethical palm oil that’s destroying our rainforests.

When it comes to baking the perfect dessert, a graham cracker crust makes all the difference. 365 by Whole Foods Market’s Graham Cracker Pie Crust is one of the best vegan pie crusts that I’ve ever had.

It’s perfectly sweetened, holds together well, and is perfect for making vegan cheesecake!

The only questionable ingredient is, of course, palm oil. However, most of the palm oil found in Whole Foods Market’s products is sustainably sourced or comes from organic farms, so I wouldn’t worry too much about this.

Pillsbury is one of the top-rated dough companies in the US. They’re known for their delicious biscuits, cinnamon rolls, and their plain old-fashioned dough.

They also offer pre-made pie crusts for anybody who needs to bake something quick or doesn’t know how to make their own crust (which is the majority of people I know, myself included).

Thankfully, Pillsbury Pie Crust is 100% dairy-free. None of their pie crusts contain any milk, powdered milk, whey, casein, or any other dairy derivatives.

To learn more, be sure to check out my recent post reviewing Pillsbury’s pie crusts.

To be honest, dairy isn’t all that common in pie crusts (even the homemade ones). Adding dairy to a pie crust can often decrease its shelf life, so large food companies tend to avoid adding dairy whenever it’s not necessary.

However, some recipes do call for them. So, if you’re eating (or baking) a homemade pie, just be sure to watch out for any dairy.

If I had to choose the best vegan pie crust brand, I would say that 365 by Whole Foods Market’s Graham Cracker Pie Crust is my favourite. I’m big on dessert pies and vegan cheesecake, so it’s the one that I use most often.

The only thing better than pie is a pie with ice cream. To see my favourite vegan ice cream brands and find the perfect pair for your pie, be sure to check out my list of the best vegan ice creams next!