Yogurt is one of the oldest foods in the world and dates back to ancient times. It’s a great source of low-fat protein and naturally occurring probiotics. There’s only one problem – yogurt is a dairy-based food, which makes it non-vegan.

Overall, the texture and consistency are similar to traditional dairy-based yogurt. The main difference is that it’s made using a plant milk base instead of cow’s milk.

Vegan yogurt goes great with protein shakes, and smoothies, or can be eaten on its own as a parfait or a cool, refreshing snack.

It’s healthy, full of plant-based protein, and is a great source of vegan probiotics, which will keep your gut health in check and your digestive system functioning properly.

In today’s post, I’m going to show you the 5 best vegan yogurt brands that I’ve been eating recently! 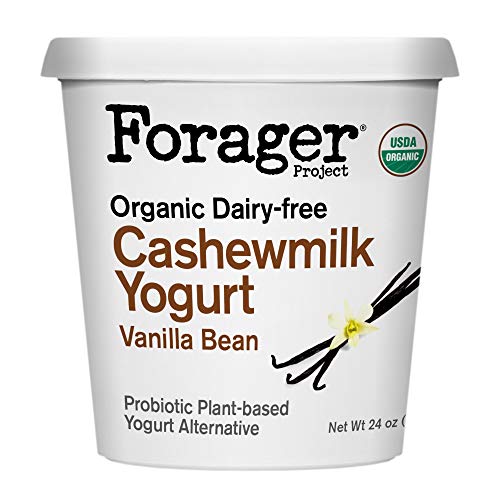 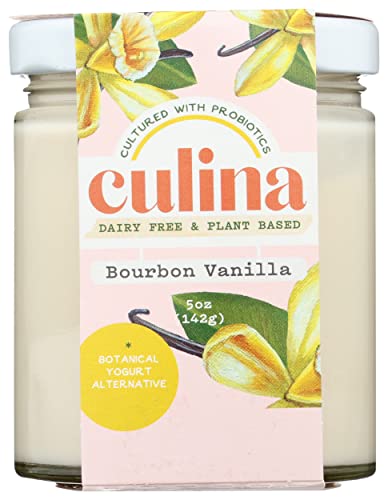 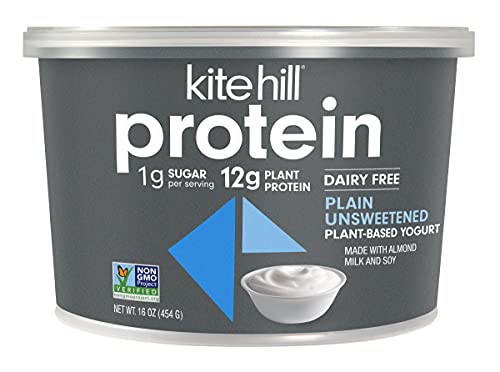 What Is Vegan Yogurt Made From?

Traditional dairy-based yogurt is the result of the bacterial fermentation of milk.

Good bacteria eat the natural sugars found in the milk and cause it to curdle, resulting in creamy yogurt. Vegan yogurt is made using the same process and the same good bacteria cultures.

The only difference is that plant-based milk is used in place of cow’s milk.

The most common plant-based milk used to make vegan yogurt include:

Aside from that, the only thing added to vegan yogurt is natural flavors and sweeteners!

You can even make your own homemade vegan yogurt out of chickpeas:

What Brands Of Yogurt Are Plant-Based?

There are a number of popular plant-based yogurt brands, including:

Several of the companies that make vegan yogurt also have their own lines of vegan milk and other vegan dairy alternatives.

The Healthiest And Best Vegan Yogurt Brands To Try This Year

Adding a daily serving of vegan yogurt to your diet is a great way to get your probiotics and maintain your gut health. These are some of the healthiest vegan yogurt brands that I’ve been eating recently!

Forager Project Organic Dairy-Free Vanilla Bean Yogurt is made using an organic cashew milk base. The texture is smooth and creamy, which makes it perfect for parfaits and fruit smoothies.

I like to mix a few scoops in a bowl with some granola and berries for an easy on-the-go breakfast.

It has a sweet vanilla bean flavor and is naturally flavored with real vanilla and lemon extract. It has live added cultures as well, making it an excellent source of probiotics.

The only downside of this yogurt is that it doesn’t have a lot of protein. Each 140-calorie serving only has 3 grams of protein, which is a bit less than I’d prefer. The flavor is delicious, though!

The flavor is immaculate and tastes just like real bourbon and vanilla.

One of the cool things I really appreciate about Culina is how they sell their vegan yogurt in small reusable glass jars. Most of the vegan yogurt brands on the market are still packaged in single-use plastic, so it’s nice to see something fresh.

Like Forager Yogurt, there are plenty of live cultures and probiotics in this yogurt!

It’s a lot thicker than most plant-based yogurt and each serving has a whopping 12 grams of protein, making for the perfect high-protein breakfast.

Keep in mind that this is unflavored, so it has a bit of a sour taste. If you prefer it a bit sweeter, though, just add a bit of agave syrup and some fruit! This is my go-to healthy vegan yogurt.

Siggi’s Cinnamon Vanilla Vegan Yogurt is another great high-protein greek yogurt alternative. It has a coconut milk and pea protein base with real cane sugar, bourbon vanilla, and cinnamon added for flavor.

It’s thick, creamy, and each serving has 10 grams of all-natural plant-based protein. It has the same consistency as the Kite Hill vegan yogurt. However, this has a lot more sugar and tastes better.

That being said, it does have about 70 more calories per serving, so I treat it a bit more like a treat than an everyday meal.

If you’re looking for a delicious, sweet-tasting fruity yogurt, Silk Soymilk Peach Mango Vegan Yogurt tastes incredible! It’s made from soy milk, so it has a silky smooth texture that tastes great by itself or mixed with a bit of crunchy granola.

Each serving has 6 grams of protein too, which is a bit more than some of the other vegan yogurt brands that I’ve had.

Kite Hill and Siggi’s vegan yogurt brands are the closest to Greek yogurt. They have that rich, thick texture, high protein, and slightly sour flavor that comes from the additional live cultures.

The sweetest, best-tasting vegan yogurt is the Silk Peach Mango yogurt. However, I really like the high protein content and delicious taste of Siggi’s Cinnamon Vanilla vegan yogurt. That’s the one I usually keep in my house, as it’s a bit healthier.

Yogurt is great for any everyday snack. But if you’re looking for a sweet treat, then you can’t go wrong with vegan ice cream. To see my list of the best vegan ice cream brands, keep reading here!