Switching to a vegan lifestyle can be challenging. But, as many vegans would tell you, sticking to it is more difficult, especially when you don’t know how to best utilize the limited variety of foods that your new lifestyle allows. Vegan cookbooks for beginners can come in handy in this situation.

Whether you’re new to veganism or cooking, a vegan cookbook can help you create an array of new, delicious dishes using the same plant-based ingredients.

Want to try? Read on for a list of the best vegan cookbooks for beginners that I have shortlisted to help fellow plant-eaters in this vegan cooking journey. 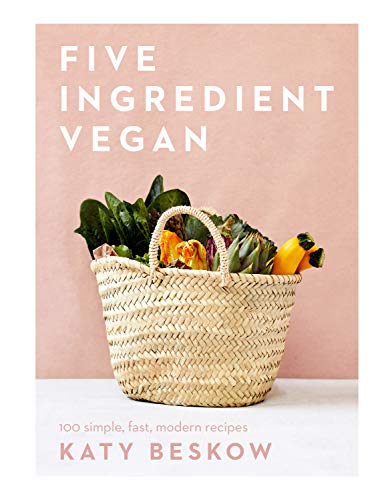 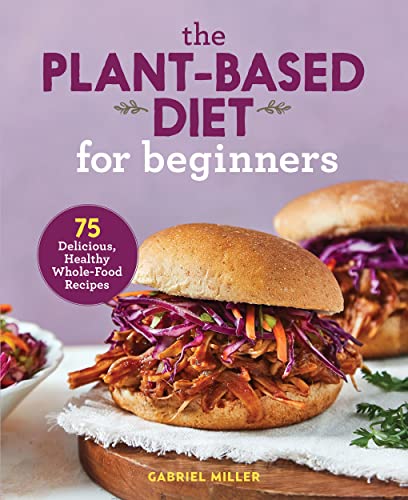 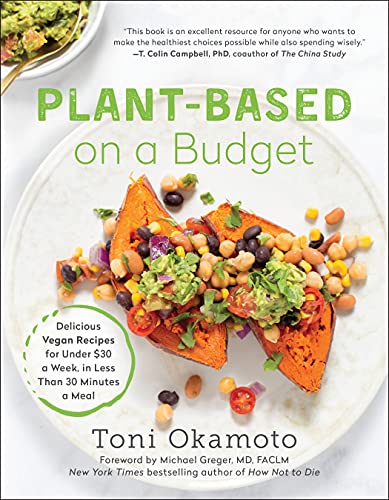 How to Choose the Right Vegan Cookbook?

Like any other product, there are plenty of vegan cookbook options available on the market, and not all of them are the same or maybe right for you. Here are some of the factors you should consider when buying a vegan cookbook to ensure you’re making the right choice:

The 4 Best Vegan Cookbooks for Beginners 2023

Now that we have discussed how you should go about choosing a vegan recipe book (I can bet most of you didn’t think it would be such elaborate a task), let’s take a look at some of my top picks for the best vegan recipe books for beginners:

Cooking doesn’t come naturally to everyone (and there’s nothing to be ashamed of about it. It’s a skill that can be learned). If you’re one such person and feel overwhelmed in the kitchen, I recommend getting your hands on Katy Beskow’s vegan recipe book, Five Ingredient Vegan.

As it says on the cover of the book, it provides 100 simple, fast, modern recipes using, as the title says, five vegan ingredients. Some recipes have even fewer ingredients.

The less number of ingredients may make many presume that there won’t be much variety in the recipes. But, let me tell you that it’s totally wrong.

A quick look at the cookbook’s table of contents will tell you the diverse range of recipes it offers. The book covers everything from salads and soups to entrées for lunch and dinner, and desserts, along with some dips, bread, and salsa recipes.

Cooking vegan food can’t get any easier than this.

With seven best-selling vegan cookbooks to her credit, Katy Beskow’s expertise in vegan cooking cannot be doubted. In addition to being an author, Katy is an award-winning cook, recipe developer, and cookery tutor.

2. The Plant-Based Diet for Beginners by Gabriel Miller (link)

If your goal is not just to avoid animal foods but also to switch to a healthy diet, you should get this award-winning book by Gabriel Miller.

With 75 whole food recipes that are also guaranteed to be delicious, it is easily one of the best plant-based cookbooks for those looking to eat healthily but does not want to compromise on the taste. The recipes are also super easy.

Gabriel, a vegan himself, also provides expert guidance on cooking beans and grains, sample menus, and shopping lists to make cooking healthy vegan food a simple, hassle-free task for beginners. You will also get tips on vegan grocery shopping and dining out.

The Plant-Based Diet for Beginners book also contains specialized recipes for those avoiding (or looking to avoid) certain unhealthy ingredients. These include salt-free, sugar-free, and oil-free vegan recipes. What more do you need?

3. Plant-Based on a Budget by Toni Okamoto (link)

“Vegan recipes for less than $30 a week, in under thirty minutes a meal.” It may sound too good to be true, but this is exactly what Toni Okamoto’s Plant-Based on a Budget recipe book provides.

Considering that cost and time are the two greatest obstacles in many people’s way to committing to a vegan lifestyle, Okamoto put together this simple and easy-to-follow guide on how you can eat plant-based foods without breaking your bank or spending a major chunk of your day in the kitchen.

Along with simple, quick, delicious, and affordable recipes for every meal, the book also provides simple tips on how to save the time and money you spend on food and cooking. You will also find a list of Okamoto’s staple ingredients for vegan cooking.

Whether you’ve got a sweet tooth or crave sweet treats only occasionally, it’s good to have a vegan dessert cookbook at your disposal. What makes me choose the book Vegan Treats by Emma Hollingsworth is that the recipes it provides aren’t just plant-based; they are also gluten-free and refined-sugar-free.

With this at hand, you can satisfy your sweet cravings without loading up on refined sugar, which is bad for health as well as a controversial ingredient in the vegan world.

The book starts with some useful information about baking to make sure even those who have never baked earlier can make the recipes like a pro.

This includes a list of essential kitchen utensils, pantry essentials, and vegan substitutes for animal ingredients most commonly used in baking and desserts. There’s also a quick guide on ingredients measurement and cup conversions.

When it comes to recipes, Vegan Treats offers a range of drool-worthy vegan dessert and snack recipes, ranging from cookies and biscuits to grab-and-go bars to ‘cheesecakes,’ tarts, and pies to cakes and loaves. It’s your bible for easy and healthy vegan desserts and sweet snacks.

Emma Hollingsworth is a certified health coach who has worked with several brands, restaurants, and cafes. She also offers baking courses, and her book Vegan Treats was a bestselling vegan cookbook.

She also has another book for chocolate-loving vegans. I chose this one because it has more variety in terms of recipes. It may be hard to believe for many, but there are some that do not like chocolate.

Does Gordon Ramsay have a vegan cookbook?

Gordon Ramsay doesn’t have a vegan cookbook (for now). But he has cooked vegan food several times on his YouTube channel. Here’s one he made to commemorate Veganuary earlier this year. Check it out for some vegan food inspiration from one of the world’s best chefs.

Does Jamie Oliver have a vegan cookbook?

He doesn’t. But he has a vegetarian recipe book.

A long-time advocate of fresh and healthy eating, Jamie Oliver launched a cookbook titled Ultimate Veg in 2020. Though it contains meat-free recipes, it’s not focused on those living a vegan lifestyle. It’s for vegetarians.

Conclusion – What is the Best Vegan Cookbook for Beginners?

There can be no one vegan cookbook that can be labelled as the best for everyone. It varies depending on what type of recipes one is looking for.

If you want a bundle of simple recipes with limited ingredients, you’ll love the Five Ingredient Vegan by Katy Beskow. If you’re looking to eat healthily, Gabriel Miller’s cookbook is one of the best options.

For those on a budget, Toni Okamoto’s Plant-Based on a Budget is the right choice, and for those looking for vegan recipes for decadent desserts, Emma Hollingsworth’s Vegan Treats is the book to buy.

Having vegan cookbooks can get you sorted for most days. But you may also want to have some frozen meals in the fridge for days when you’re not in the mood for cooking or don’t have time for it. Check out my article Best Vegan Frozen Meal Brands, to know your top options.